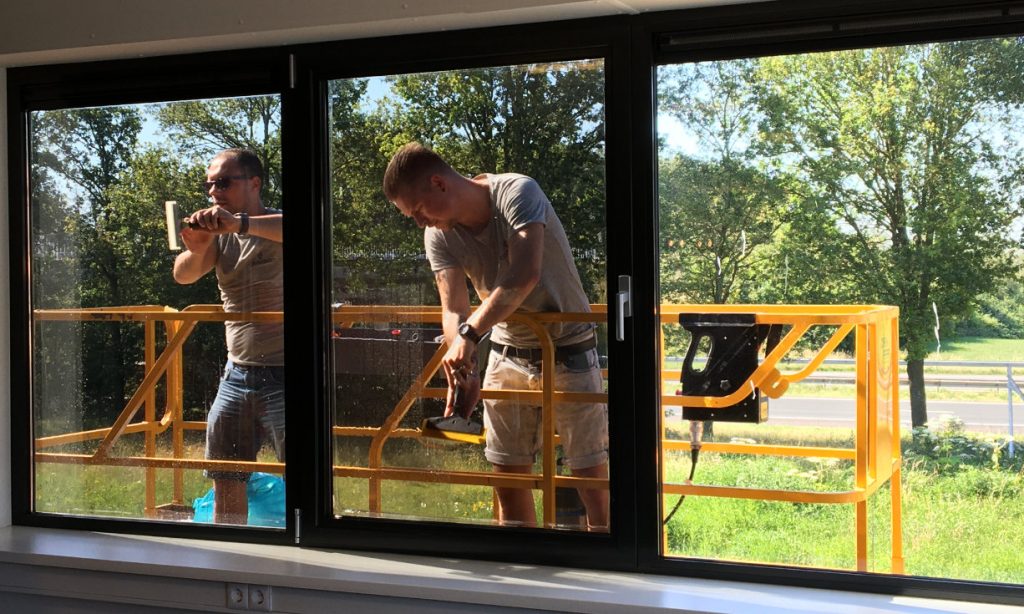 From January 1, 2023, existing office buildings will also need to have at least the C energy label, which is the government’s intention. Sun blocking window film can help blast that label, says Vink VTS.

Vink VTS put heat-resistant window film in the spotlight this month. Because besides the desired energy saving, this film has many other advantages, according to the specialists of Vink VTS and Solar Protection Films.

The world of window films is still uncharted territory for many sign makers, while a lot of additional trade can be found with existing customers. “Certainly if you consider that the government wants existing offices to have at least the C energy label by January 1, 2023,” says John de Bie, director of Solar Protection Films (SPF) at Genderen. This company is the exclusive distributor in the Netherlands, Belgium, Germany and Austria of Madico glass films from the United States. There are different avenues to shatter that label, but the use of window film can certainly help, says De Bie. “It keeps the heat out. For this reason, Madico is working on getting both solar control films and window insulation films, called low emissivity films, from their program on the BCRG list.

Besides the potential energy savings – air conditioning doesn’t have to work as hard in the summer – the benefits of using sun and heat resistant window film are endless, says De Bie: “A better comfort thanks to reduced heat behind the glass and less or no glare from incident sunlight, UV filtering and more privacy thanks to less visibility.

In addition to the heat-resistant films from Madico’s Architectural program, Vink VTS also has in its range Automotive window films (tinting and tinting of car windows) and Safety & Security from the American manufacturer. They also offer tools for applying window film. The collaboration with the distributor SPF has a long history. For years professional training courses have been organized together at Vink VTS in Wormerveer for the application of window films.

The quality of the solar control film depends to a large extent on a good professional installation. John Overbeek, Business Development Manager at Vink VTS: “It’s not just about expertise, most sign makers know how to stick to it, but also about knowledge. If you make the wrong choices, like sticking an interior foil on the outside or ignoring the type of glass or the building user’s problem, things can go completely wrong. With a possible glass breakage as a result.