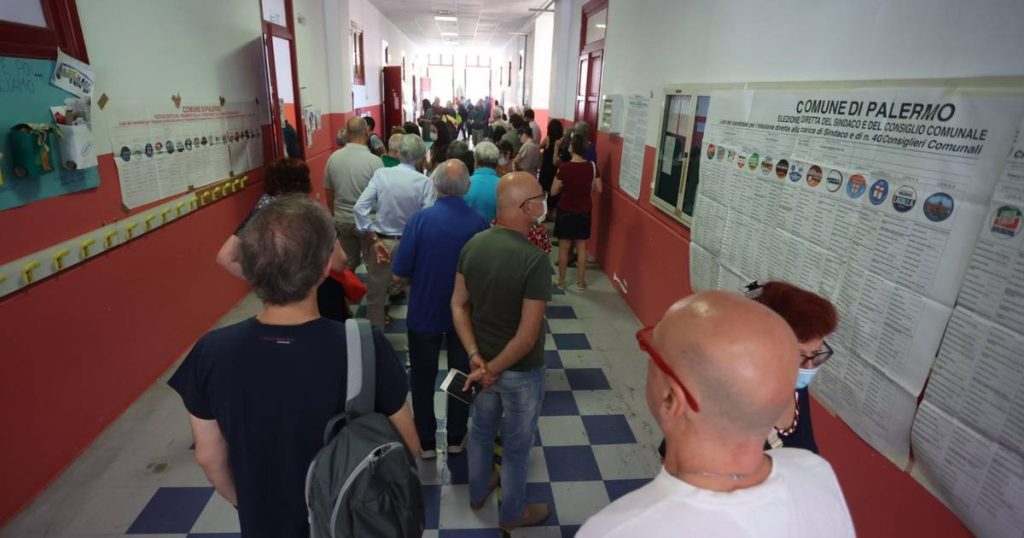 Chaos during the municipal elections in the Italian city of Palermo. Long queues at polling stations as around 90 presidents fail at the last minute.

Forty polling stations in Palermo were closed this morning due to lack of staff. It was already clear on Saturday afternoon that the president was absent from ninety of the six hundred polling stations. After an evening and a night of phone calls, the municipality nevertheless found close to fifty people ready to carry out their democratic task. Many of the reserve presidents weren’t in the mood as they had planned a day at the beach or hoped to see Palermo football club promoted to Serie B tonight.

Several candidates have asked the Interior Ministry to also open polling stations tomorrow, which the ministry says is not legally possible, but Rome guarantees that anyone who arrives before closing time must be able to vote.

League leader Matteo Salvini calls the chaos in Palermo a “theft of democracy” and the Sicilian capital’s city council has since filed suit against a total of 174 disowned presidents.

A new city council and a new mayor are elected today in almost a thousand municipalities across Italy, Genoa in the north and the Sicilian cities of Messina and Palermo are the largest municipalities where voting takes place today. today.

Palermo had been troubled earlier this week as two candidates for a city council seat were arrested on suspicion of Mafia links. Pietro Polizzi, candidate for Silvio Berlusconi’s Forza Italia party, was handcuffed along with two associates on Wednesday, and on Friday it was Francesco Lombardo of the right-wing Fratelli d’Italia party. Both reportedly made promises to mob bosses in exchange for votes.

Party leader Berlusconi reacted furiously to the arrests. “It’s the job of a politically motivated judiciary,” said the former prime minister as he left the polling station this morning.

Because with the exception of the city council in one part of Italy, votes are taken in five referendums on complex legal issues across the country. So far, less than ten percent of Italians have voted for the referendums, so a quorum is unlikely to be reached.

At noon Sunday afternoon, about 17% of those eligible to vote had only voted.

Watch our new trending videos in the playlist below: