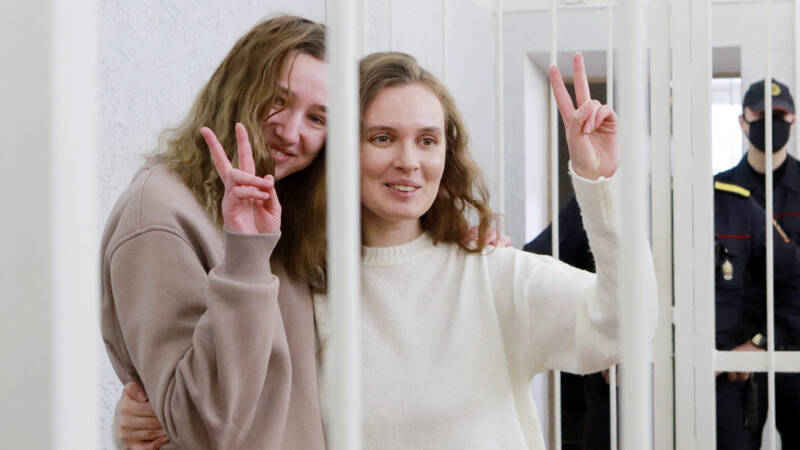 In today’s verdict, the women huddled in their cage in front of the courtroom and gave the V sign to those present. Their lawyer said they would appeal the verdict.

“This is a political verdict, intended to dissuade journalists from reporting on important developments in the country,” replied the Belarusian media union. “This amounts to a professional ban.”

The two Belarusians, 27 and 23, were arrested in November when they filmed a demonstration for Polish channel Belsat after the death of an anti-Lukashenko protester a few days earlier. The 31-year-old is believed to have died after being assaulted by police, which the government denies.

The country has been unstable since President Lukashenko was re-elected in a controversial election in August. It is reported that 33,000 people have since been arrested, including hundreds of journalists. Proceedings have been initiated against a dozen journalists.

Polish President Duda has asked Belarus for an amnesty for those arrested and said the country should respect civil rights and freedom of expression.