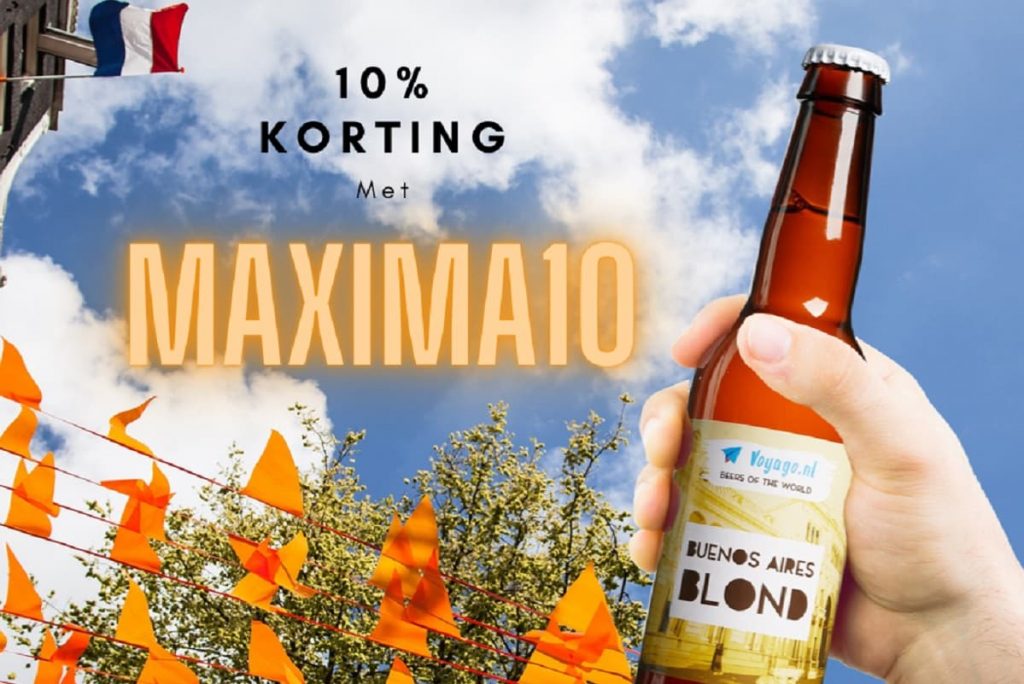 This is why you now benefit from a 10% reduction with the code: MAXIMA10.

Order your beers for the King’s Day now in our shop!

What are you going to do? Because all these beers and the trips around them have their own history and character. Three beautiful beers emerged from the three most beautiful trips: the Buenos Aires Blonde, the Auckland IPA and the Tokyo Tripel. His own taste with his own personal story. Tokyo Triple is slightly bitter, with a hint of ginger. Auckland IPA is brewed with typical New Zealand hops. Finally, Buenos Aires Blonde contains a sparkle of mate, Argentina’s national drink.

This blond beer is a combination of beer and Argentina’s national drink: Mate. During our visit to Argentina, we met at Cerveza Patagonia, in central Buenos Aires. This bar is a stone’s throw from the pink government building where Eva Perron (Evita) gave her famous speech. I enjoyed my best lager ever there, but maybe that was due to the combination with the Mate I drank just before, which made these two flavors blend so well. Salud!

Of course, we were also in New Zealand from Voyago. The old capital Auckland has a big bay in the middle of the city, and we can tell you it was a great place to be! New Zealand is known for its clean air, clean water, and beautiful hops. For this IPA we have used a typical New Zealand hop, Nelson Sauvin, which is characterized by grape and other fruity flavors. Hi buddy!

The idea of ​​a triple sec, slightly bitter and warming, was born in Tokyo. In Bar Trench to be precise, after a golden tip from a KLM pilot. Bar Trench is located 200 meters from Ebisu Station and has an authentic, sepia-like feel, with heavy use of brick, wood and glass inside. Here we discovered the combination of flavors of cold beer with wasabi or ginger. This root is peeled and pressed to add the right taste sensation to this beer. Kanpai!