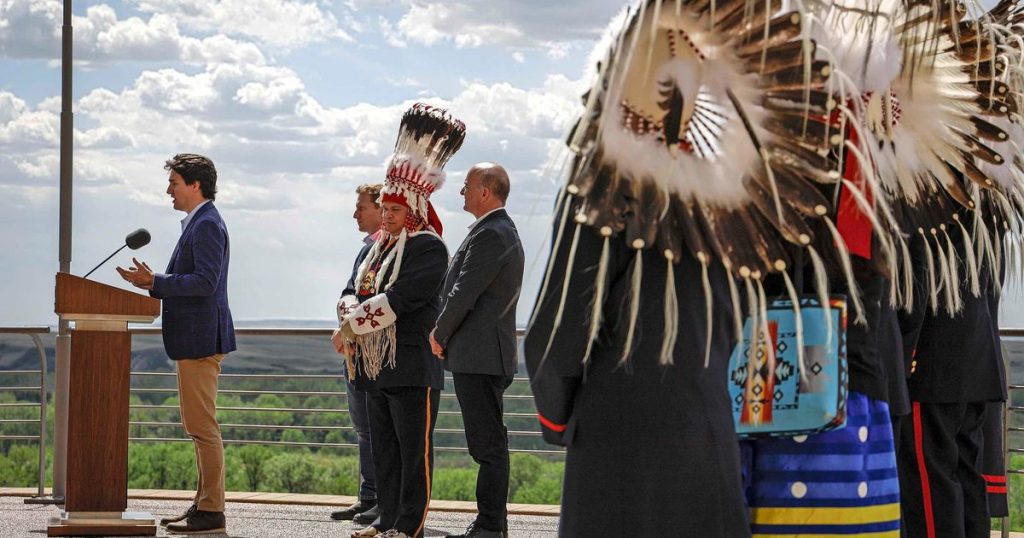 At the beginning of the 20th century, the government took over a large part of their territory. This is one of the greatest damages ever suffered for the expropriation of territory.

“We are gathered here to right a wrong of the past,” Canadian Prime Minister Justin Trudeau said at a signing ceremony. “We have come together to give each other a chance to rebuild trust in each other,” the prime minister said. Trudeau and Siksika Chief Ouray Crowfoot both signed the settlement during the ceremony.

In 1877, a treaty was signed granting the territory of western Canada to the Siksika. Despite this, the Canadian government took almost half of the community’s land in 1910. The territory was later sold to people who wanted to settle in the area.

“I can’t make up for the past with this settlement, but I still hope it can lead to a better future for this generation and future generations,” said Mark Miller, the minister responsible for Indigenous Peoples Links. Canada at the ceremony.

During the signing, Crowfoot said that while the compensation will not make up for past wrongs, it can make a difference in the lives of people in the Siksika community.