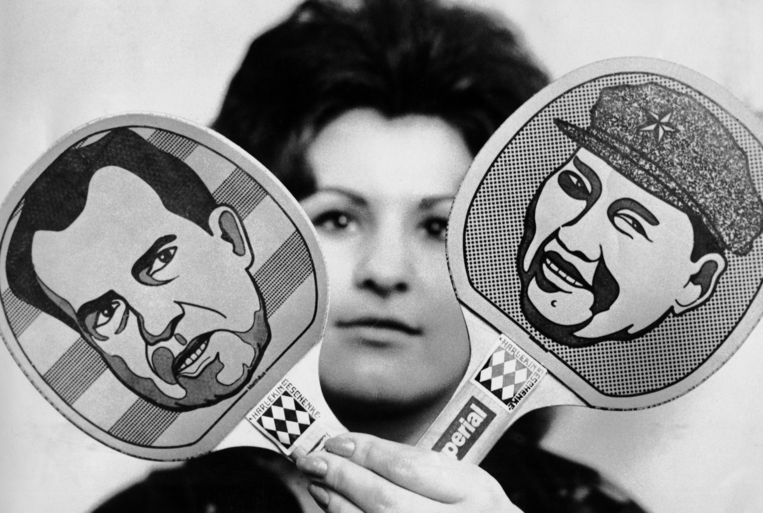 Yellow, purple and green pom poms sparkle along the edge of the gym. In the middle are two ping-pong tables. Encouraged by a group of enthusiastic children, the American and Chinese players chase a ping-pong ball through the net. The teams play in blue and red shirts, but are mixed.

If the Americans had to play against the Chinese, they would have been completely destroyed, jokes a spectator. And that’s not the intention, as the friendly games are meant to commemorate how the friendly game of ping-pong warmed relations between the two countries fifty years ago.

In detail, photos, medals and ping-pong rackets at the Shanghai Ping-Pong Museum mark the beginning of mutual relations. Or “how the little ball started the big ball,” as Chinese Premier Zhou Enlai described it.

Following the World Table Tennis Championships in Japan in April 1971, the Chinese team invited American players to visit China. The tour began on April 10 and lasted for eight days, during which the players trained together, visited tourist attractions and frequently had their photos taken together and with Premier Zhou. It was the first time since the founding of the People’s Republic in 1949 that a group of Americans had been invited to China.

The photos show what must have been an exhausting journey, in which the US players visited Beijing, Shanghai and Guangzhou in a week. At Shanghai Airport, the group poses in front of a statue of Mao Zedong. One of the Americans holds a poster with the portrait of the great helmsman.

The game of ping-pong has brought the West closer to the unknown and communist China. A year later, US President Nixon paid a visit to Zhou Enlai, Henry Kissinger followed, and talks began which in 1979 culminated in official diplomatic relations between the two countries.

“Happy Ping Pong” is written on a sign near the ping-pong tables. “Friendship first, competition second,” reads a screen in the museum lobby. The ‘paddle power‘, the power of the paddle, the Chinese say, is the best way to thaw frozen relations – and let China excel at table tennis, too. Every lustrum for the past decades has been used to commemorate ping pong diplomacy and to show another delegation of American table tennis players across China.

The early players received an official title of “Witnesses of Ping-Pong Diplomacy”. Before the younger generation begins to socialize, witnesses are called to the platform. Under the dramatic music, fit seniors receive suitcases containing a commemorative medal the size of a breakfast plate and two ping-pong balls. The Americans, prevented by the pandemic, are represented by the American consul general James Heller.

Human relations have always been the lubricant in China-US relations, Chinese Ambassador to Washington Cui Tiankai said in a video message. The fact that this relationship is currently under so much pressure is not, according to him, the fault of China. “Some on the American side, obsessed with ideological prejudices and zero sum-Think, continue to create obstacles to our human exchanges.

Sandwiched between jokes, the Ambassador’s criticism makes it clear that the atmosphere of those times is far away.

The situation is not as black and white as it was in 1971. Americans and Chinese know more about each other’s country than then. Interests are linked, contacts are much more intense, and the issues that stand in the way of a warm relationship are much more complex and concrete. In 1971, in a divided world, China was an ally of the Soviet Union, the American enemy. Now China itself is the nemesis, and much more powerful than it was then. How powerful is the “power of the paddle”?

Smiling, the American Heller made a few jokes in the stifling room. Cui’s contribution is more fierce – perhaps because American politicians suggested last week that the United States could boycott the Beijing Olympics in February 2022 as a protest against human rights violations in China.

Fifty years ago, letting dissidents play a sports game to raise political issues for debate proved successful. Later, the strategy was also taken out of the closet – again this summer during the controversial Qatar soccer championship. After all, anyone who stands aside with a boycott can’t change anything, they say.

China – always ready for a game of table tennis – puts the ball in American hands. “We hope that the American side will remove the obstacles as quickly as possible so that exchanges and cooperation can resume,” Cui said. But Beijing is not saying what its plans are to remove obstacles on the Chinese side. China’s borders are closed to foreigners, in part because of the pandemic. They may reopen for Olympic athletes next year, but it will take a long time.

In the ping-pong museum, the ping-pong ball bounces off the tables. Politics are a long way off here and it is still fun. Players happily wave their bats – Chinese players are visibly restraining themselves. 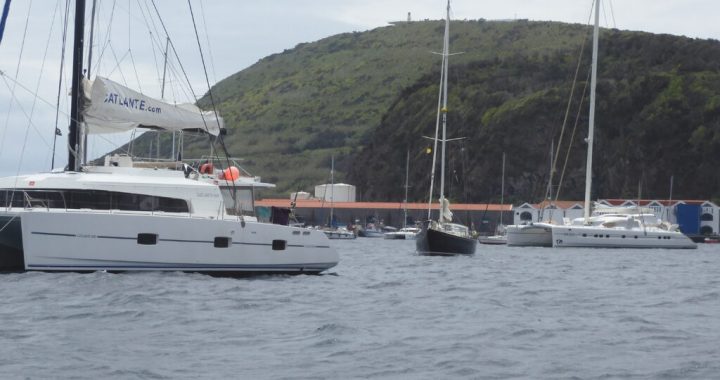