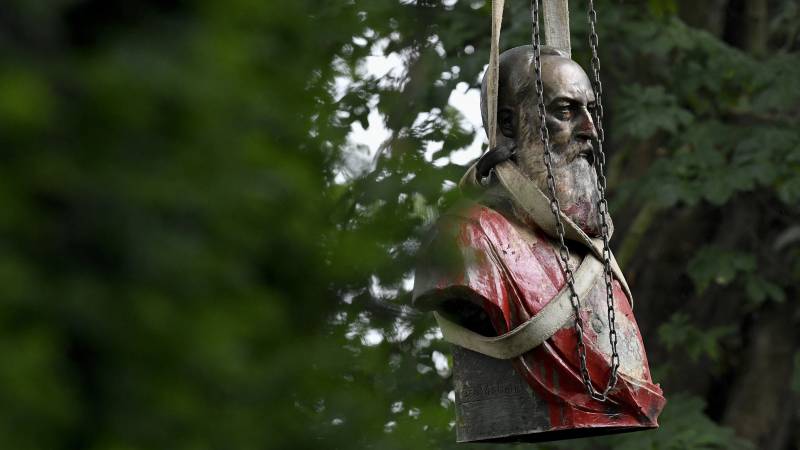 A bust of the controversial Belgian King Leopold II has disappeared from a park in Ostend. A group of activists drawing attention to the king’s cruel colonial practices claimed responsibility for the theft. Leopold II ruled his private Congo colony with a heavy hand from 1885. The black population has been exploited for decades and millions of people have been killed.

Members of De Stoete Oostendenoare have been protesting for years against the King’s memorials in the city. For example, the bust was smeared with red paint on several occasions, “mass murderer” was added to a street sign, and a Congolese secondary hand sawn off an equestrian statue of the monarch, a reference to the punishment the Congolese received regularly.

Stoete Oostendenoare had already announced tougher measures during the last blur in March. “We last modified the bust. If it’s not removed, the next step is to remove it ourselves.” The act was resumed on Friday.

Mayor Tommelein of Ostend is angry at the action. “Either you choose a program that calmly explains what happened in history, or you choose vandalism. The latter has its consequences.”

If De Stoete Oostendenoare does not hold back, Tommelein wants to call off talks on how the city will deal with the colonial past in the future. He also filed a complaint with the police.

Across Belgium, images of the controversial monarch are regularly smeared or damaged. A year ago a bust disappeared in Ghent at a museum depot because the reputation of the monarch was considered too controversial.