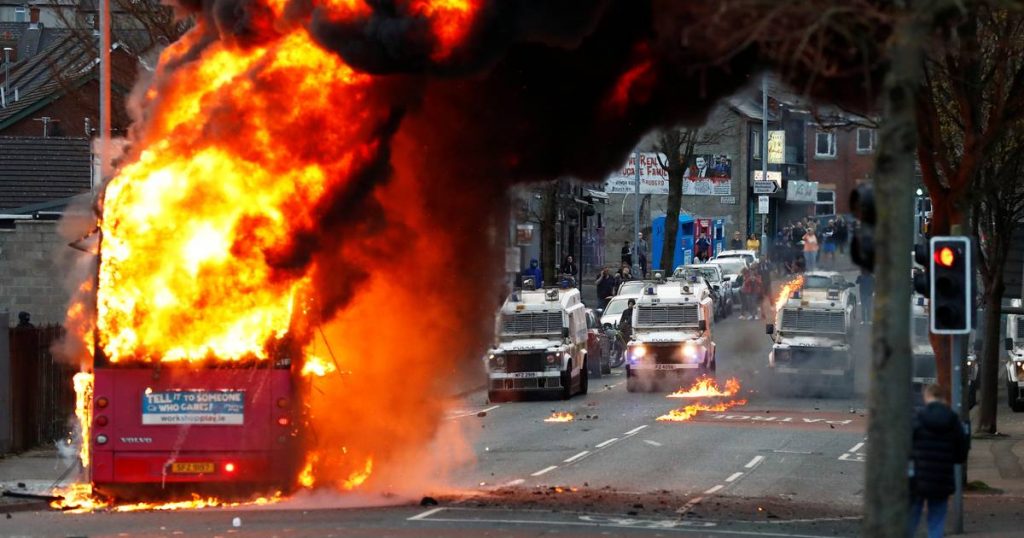 VideoFour masked men hijacked and torched a passenger bus in Rathcoole, near Belfast. Local police confirm that the bus driver and passengers were able to get off the bus safely.

At 7.45 p.m. last night, the men boarded the bus in a Belfast suburb, where they ordered passengers to get off. The masked men then set the bus on fire. The identity and motive of the men are not yet known

The incident is aligned with other incidents in Northern Ireland in recent times. A week ago, a group of masked men also seized a bus, which they then set on fire. Then it was about the troubles caused by Brexit. Upon the UK’s departure from the European Union, the ‘soft border’ between Northern Ireland and Ireland would be maintained, but importing goods from the EU to the Irish Sea complicates this situation .

tell them the truth
@ slay4ever007

Northern Ireland Infrastructure Minister Nichola Mallon said in a statement: “It is scandalous and disgusting that our public transport system has once again been the target of an attack, this time by masked men who have ordered the drivers and passengers to get out of a bus, and they then set it on fire. This is the fourth attack this year. The criminals behind these cowardly and reckless attacks have only harmed their local communities and hampered vital public service.