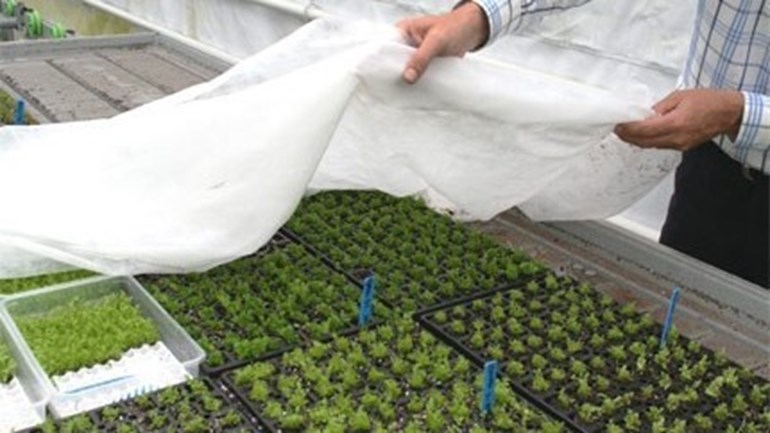 The Burgh-Haamstede company grew with the production of cloned fern cuttings. This cloning technique is a boon for indoor plant growers. Because the cuttings are the same, they can work much more efficiently.

The high-tech company is now also focusing on another branch of sport, that of garden ferns. With this in mind, a 1,500 square meter laboratory is being built next to the existing site. The parking lot of a wholesaler, who has announced his intention to move, is still located here.

John Bijl shakes with a plastic bag with dried fern leaves. It shows a layer of brown dust at the bottom. “We collect these traces”, explains the co-director of Vitro Plus, opening a fridge with bottles. “We can mimic the ideal germination conditions and grow the cuttings with LED lighting. We get a million plants with such a bottle. “

Mini garden ferns are supplied to growers in peat trays, but Vitro Plus also wants to sell online to consumers.

The company now produces five million garden fern cuttings. It should be four times more in the long run. “People love green plants,” explains Bijl. “In addition, our product is very environmentally friendly. We do not use pesticides, and growing plants requires virtually no water. And a laboratory also requires much less space than a greenhouse. We are working here with around thirty layers.

Vitro Plus doesn’t just build a new laboratory. A log cabin for foreign customers is being prepared on the north side of Burgh-Haamstede and the foundations for a cedar greenhouse are now in the garden.

“It must be some sort of Victorian botanical garden,” Bijl says proudly. “We will use it as a showroom and tell the story of growing ferns. Did you know, for example, that in the middle of the 19th century in England, ferns were so fashionable that entire forests were plundered? “

The greenhouse should be ready by the end of the year and the new lab will be completed next spring. Vitro Plus currently employs 70 people. Bijl expects twenty more in the years to come.