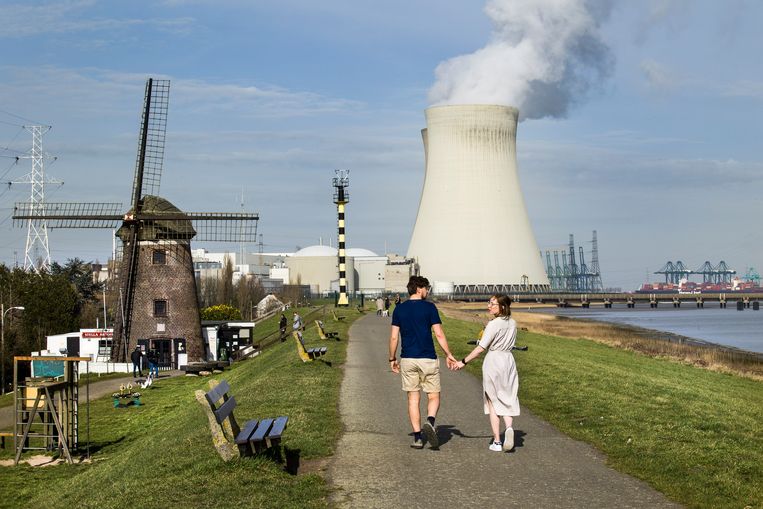 Europe wants to become a world leader in sustainability. To this end, green targets have been set in recent years. For example, yesterday the EU accepted the CO2emissions by more than half by law by 2030. To achieve this objective (and total climate neutrality by 2050), in Brussels alone, 350 billion euros will be needed annually until 2030.

That money may come from the European investment bank EIB, for example, but not all of the billions may come from tax money, according to EU Commissioner Mairead McGuinness (financial services) on Wednesday during the taxonomy presentation. “Financial markets play a crucial role.”

Green taxonomy should provide a solution. By stating very precisely which investments are green, investors with taxonomy will soon have clear guidelines and green washing will be avoided. By setting clear rules of the game, more money is expected to be invested in sustainable projects.

What is a sustainable investment? At first glance, this question seems easy to answer. A new coal-fired power plant is not sustainable. But does a plug-in hybrid car plant count as a green investment? What about nuclear power? Nuclear power generation produces little CO2 and is therefore good for the climate. But it also creates hazardous waste and fuel for nuclear power plants is limited.

These enduring dilemmas have been the subject of intense discussion and pressure in recent months. On Wednesday, this led to a first draft (it’s “a living document,” McGuinness points out) of the taxonomy.

Green taxonomy is based on a number of basic principles. To be eligible for the sustainable investment label, at least one of the six conditions must be met. In addition, an investment based on one of the components must not adversely affect the other components. The six fundamental principles are:

– Make a substantial contribution to adaptation to climate change.

– Sustainable use and protection of water.

– Transition towards a circular economy.

– Protection and restoration of biodiversity and ecosystems.

The first version of the taxonomy deals only with the first two climatic components, the others will be discussed later.

Based on these principles – and much discussion – the committee published a draft taxonomy last December. This revealed a number of dilemmas, the most important of which was: what to do with the gas?

There was great excitement when a second version of the taxonomy was released in March, in which conditions were much less stringent and gas power plants were suddenly included in the taxonomy. This change is the result of a Polish, Hungarian and German lobby. These countries want to use gas to replace coal-fired power plants. Good for the climate and the environment, they say, because coal is downright dirty and not climate friendly.

But gas-fired power plants are not on the list because they are not sustainable, according to Bas Eickhout, among others, a GroenLinks MEP and former chief taxonomy negotiator. Eickhout seems to be legally right: according to the rules of taxonomy, gas can only be allowed if no alternative is available. “This can still be the case for heating homes,” says Eickhout. “But not for the production of electricity.” Solar panels and wind power can also be used for this.

The Commission now had a major problem, because without the gas option, the taxonomy risked being rejected by the gas countries, which now also had France on their side. France is heavily dependent on nuclear energy, a form of energy that will not be decided until later.

Paris apparently feared that nuclear investments would stay out of taxonomy and therefore joined the gas lobby. If it promised to support Paris in adopting nuclear energy, France would support the gas countries. This “dirty coalition” has thus formed a firm block that could destroy taxonomy.

The committee was able to prevent this by also postponing the decision on gas. In the just published taxonomy, gas-fired power plants still have to comply with the strict requirements of the first version, but, the committee promises, the role that natural gas can play as a “ bridging fuel ” from coal to sustainable is under consideration.

It seems to have saved the gas countries, but is there really a victory? The accompanying documents, published on Wednesday, say: “The Commission will examine specific legislation relating to gas activities which contribute to reducing greenhouse gas emissions”.

The word “consider” is crucial. This is what Brussels is for: we make no promises. A verbal tissue for bleeding, it seems, with which the committee guided the taxonomy around the dangerous cliffs. To be continued next fall.


No final decision has yet been taken on electricity from biomass. Whether and what forms of biomass will soon be considered sustainable depends on criteria that will be established in June. This is also the topic of discussion, says McGuinness. This topic is particularly important for the Netherlands: Biomass power plants are controversial due to their supposed pollution and negative effects on the climate.