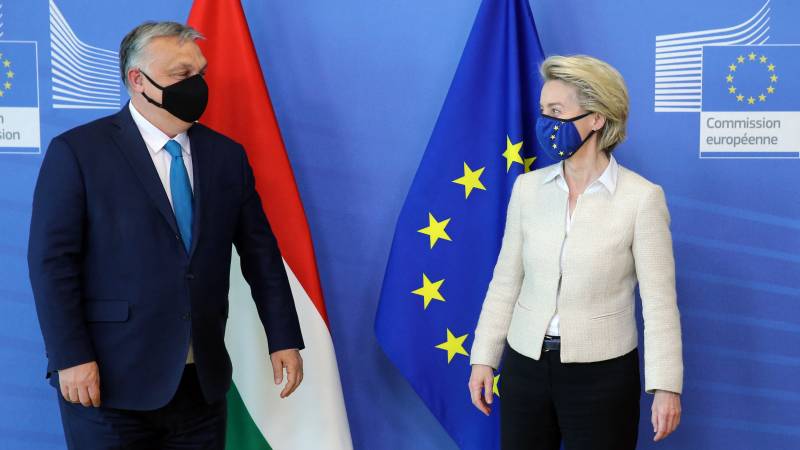 In the end, all kinds of interests come into play, which means that Brussels, at least so far, has been relatively gentle on Hungary, according to Sterk. For example, the country can use its veto to block the EU budget or other important decisions.

“So it’s hard to say if this question is the prelude to a tougher stance against Hungary, or if it’s just an emotional explosion for the scene.”

What about the article 7 procedure?

Hungary is already on trial to deprive the European Council of the right to vote. That one article 7 procedure is considered the most severe sentence possible. Poland and Hungary are the first Member States against which it was launched.

But three years after a large majority in the European Parliament voted in favor, nothing concrete.

Indeed, it only takes one Member State to block these heavy penalties. So Poland can save Hungary, or vice versa, and it has happened so far. “So Brussels is finding it hard to bite into practice with these teeth, even if it wants to,” Senden explains.

Can Hungary be kicked out of the EU if necessary?

No, it is almost impossible. No treaty allows that. If a country wants it itself, it is possible: look at Brexit. But Hungary has little to gain from voluntarily leaving the EU.

In theory, a treaty can be drawn up to expel a country from the EU. However, all other Member States must accept it unanimously. And as long as, for example, Poland or another EU country continues to support Orbán, this is not possible. Incidentally, Rutte is also against importing such an item, he said this week.