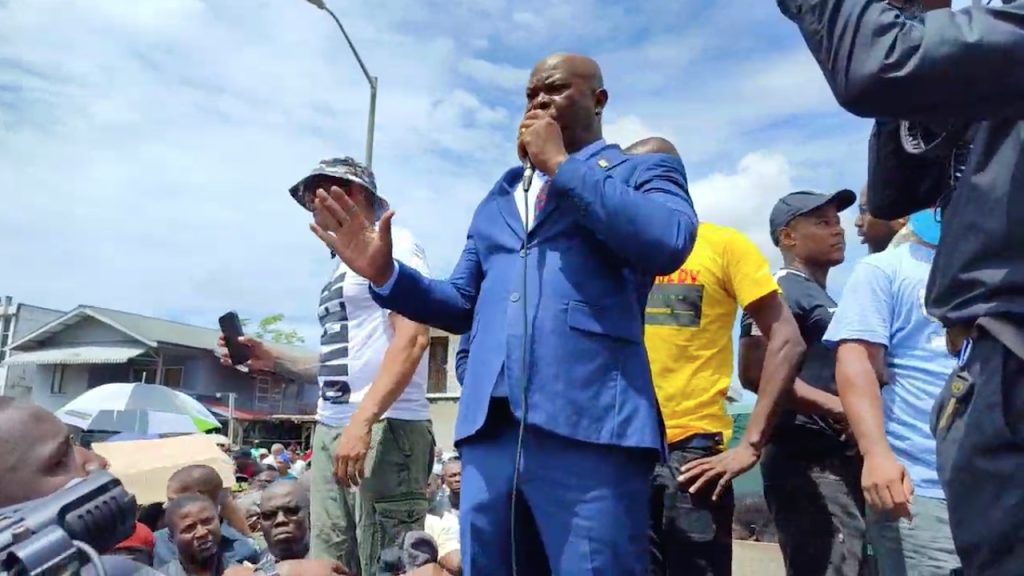 During his visit to Kwattamarkt, Ronnie Brunswijk, Vice-President and President of ABOP, called on members of ABOP, VHP, NPS and PL not to participate in the organic movement’s protest action. Vice President says politicians will protest.

The vice president also sent a clear message to the activists. “Because if a chan kisses back. The man warns me. Also My No E Train No Van Man. But warn me, man fu no go tek a san dis moxi nanga tra sani,” says Brunswij.

He acknowledges that people have a right to express themselves when things aren’t going well. It should be done in a calm manner. “So, we tolerate what Legg is doing now in the Legg government. But man must be rude. “Tap a partner and we’re on tape,” says Brunswij.

The Vice President continues to announce the dialogue path. He invites the aspirants to come and speak. When asked by the Suriname Herald why the organic movement does not address the three needs it wants to feel before entering a dialogue, Brunswijk says: “den man ne kon leg un uit fa un moes tyar a kondre. Explain that man cannot. But if Van San no Bun and a people accept, we will fix,” says Brunswijk.