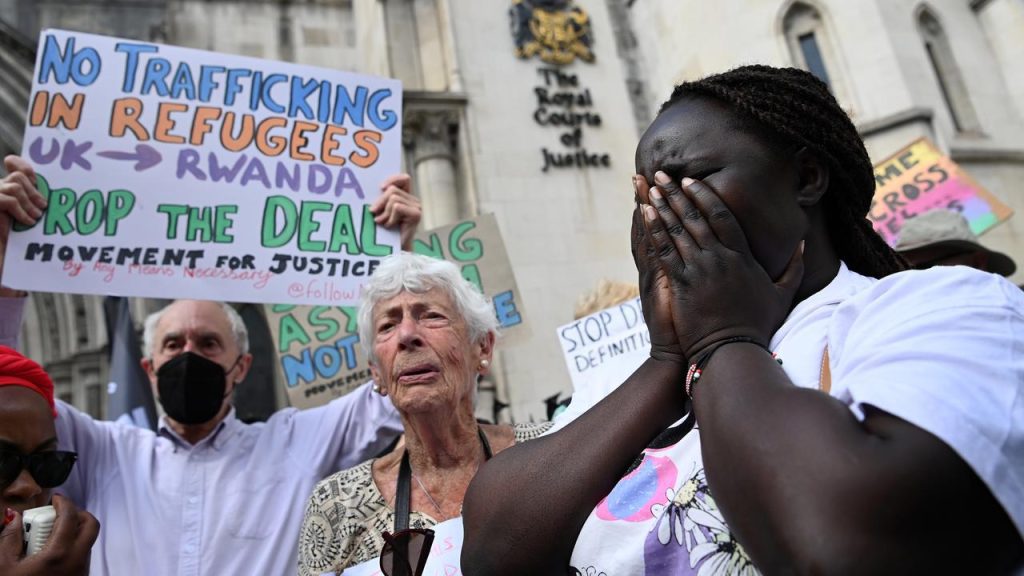 The British flight which was to leave Tuesday at 10:30 p.m. to bring asylum seekers there, is not leaving for the moment. The European Court of Human Rights (ECHR) prevented the deportation of seven people.

The European Court of Human Rights has blocked the deportation of refugees from Britain to Rwanda after an emergency procedure requested by an Iraqi migrant. The judge ruled that the safety of people could not be guaranteed in this African country. So said the charity Care4Calais late on Tuesday evening.

There were seven London undesirables who needed to be taken to Africa. The European Court’s decision resulted in the cancellation of the entire flight.

Care4Calais was the first to report that the ECHR had ended the departure of the only Iraqi migrant. “It means that it is now also possible for the other six to claim something like this. We are so relieved.” The ECtHR upheld this verdict. The Iraqi can stay another three weeks. A few hours later, it became clear that the other six people would not be sent to Rwanda either. A government official said the departure had been postponed.

Prime Minister Johnson is disappointed and calls the plan ‘reasonable’

In April, the UK signed an agreement with Rwanda to receive illegal immigrants and asylum seekers in the African country for a fee. The plan sparked a storm of protests. Human rights activists tried to prevent its implementation in UK courts, but were unsuccessful.

With this measure, the London government wants to prevent migrants from France from making the dangerous crossing to England. This often happens in rickety boats with the help of smugglers.

Prime Minister Boris Johnson expressed disappointment at what he called “legal attempts to undermine safe routes for asylum seekers” and called the UK plan “reasonable”. He hinted that the UK was looking for ways to implement the plan. “Will it be necessary to change some laws to move us forward? It just might be, and all of these options are constantly being reviewed.