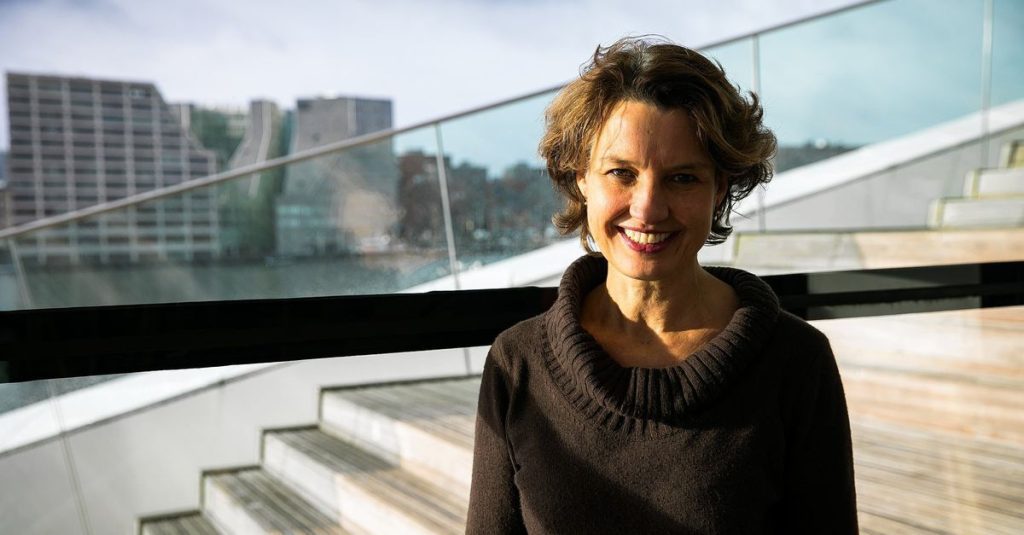 In a press release, she says “in her dreams, she sees Eye, the oyster on the IJ, opening up even more to the world”. She wants to transform the museum into a “courageous space” “where cinematic art can be shown in many ways and where everyone feels invited to enter into dialogue with the collection and the international film community”.

Van der Haak does not only refer to the characteristic shape of the building in the north of Amsterdam. She also alludes to Eye’s process of moving away from considering history and film production from the mainstream, mostly Western-oriented canon.

In contrast to the “safe space”, a “brave space” is a place where people actively participate and where dialogue is promoted. Both concepts come from the United States, where a safe space is a safe place where people can come together without prejudice and is also an important tool for the emancipation and empowerment of marginalized groups. The Brave Space goes one step further and provides a space for debate that can also rub. This is in line with the many functions that Eye currently has, besides museum and archive, also cinema and meeting place for the many initiatives of the Dutch film sector.

Bregtje van der Haak (1966) studied dance in Paris, law and political science in Amsterdam, and political theory and journalism in New York. Since 2000, she has been associated with VPRO in various positions. As programmer and editor-in-chief (from 2006 to 2008 with Frank Wiering), she was at the origin of many new initiatives and formats, such as the cultural magazine RAMthe international journalism program Metropolisto which a worldwide network of correspondents contributed, and the virtual multimedia platform “T_Visionarium Open City”, in which, among other things, the broadcast archives of Sound and Vision were opened in a new way.

She has made several documentaries with architect Rem Koolhaas on globalization. His film Ubiquity (2018) precisely deals with the dark sides of the utopia of always being connected to the whole world 24 hours a day. The film joins his previous documentary projects on digital amnesia (digital amnesia2014) and the right to be offline (Offline is the new luxury, 2017). These films provide insight into the enormous scope of Van der Haak’s interests and curiosity for topics that are also currently relevant to museums and film archives: how to manage the impact and accessibility of a saturated world by new and old media.

The best bits of movies, interviews and reviews of the latest movies