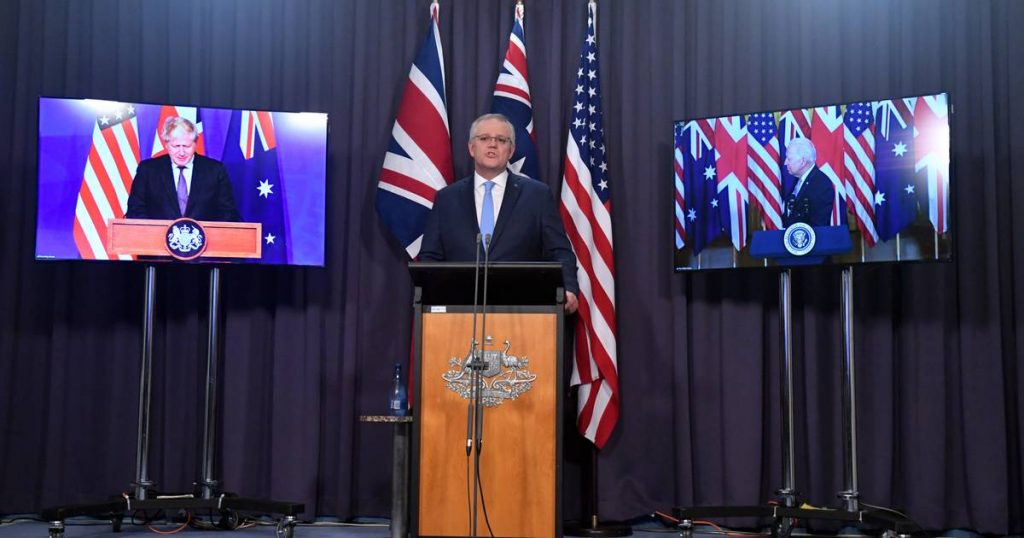 What is the heated controversy about?
About a lot of money and hurt pride. President Emmanuel Macron is furious with the United States and Australia for signing an agreement for the supply of American nuclear submarines to the government in Canberra. In doing so, they tore up a contract concluded with France in 2016 for the delivery of twelve submarines (diesel) worth 34 billion euros. Macron accuses Australia of breach of contract and the United States of unfair competition. Moreover, Paris learned of the affair very late and was hardly known in the strategic partnership that the United States, Australia and Great Britain forged under the name Aukus. In response, France recalled its ambassadors from the United States and Australia. This is the first time this has happened in the relationship between traditional allies. Minister Jean-Yves Le Drian speaks of “lies” and “serious breach of trust” which also have consequences on “relations within NATO”. Britain is also taking a kick. According to Le Drian, he is guilty of persistent “opportunism” but there is no need to recall the London ambassador because “Britain is only a third wheel on the wagon”.