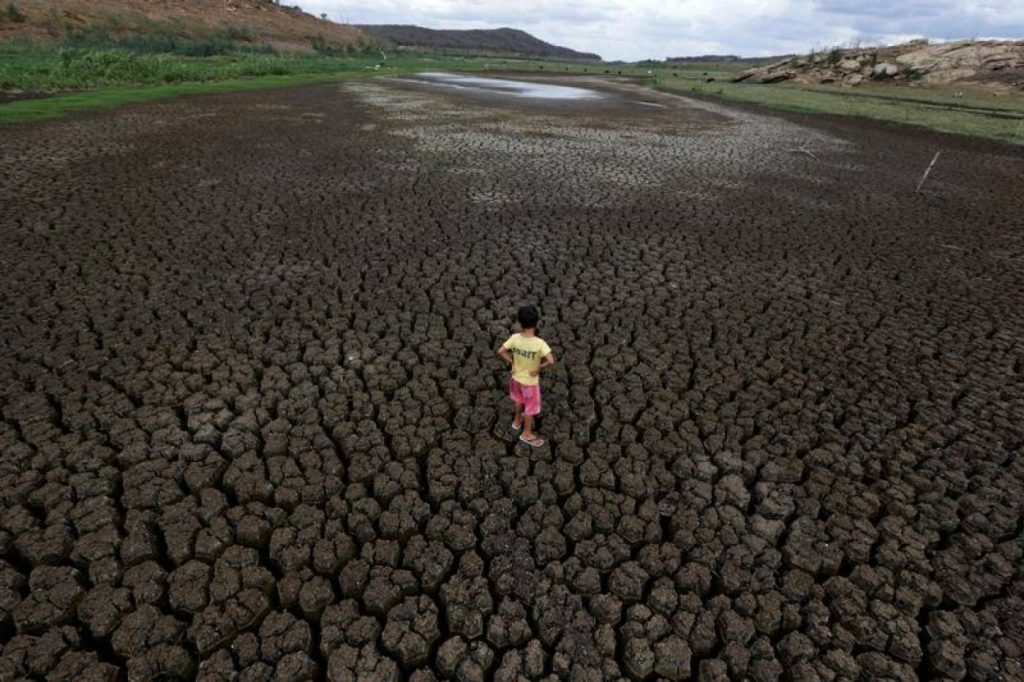 Brazil is facing droughts of epic proportions, the likes of which haven’t been seen in the country for close to a century. The fallout has resulted in rising economic inflation that has left policymakers scrambling to find a solution while President Jair Bolsonaro’s political future hangs in the balance. Worse, Brazil has suffered close to 524,000 pandemic-related deaths as a result of a botched vaccine rollout.

The water emergency has wreaked havoc on the Brazilian households, triggering inflation and causing energy bills to shoot up by up to 15% in July, according to estimates. Rio de Janeiro-based think tank Fundação Getulio Vargas explained to Bloomberg that due to cripplingly low amounts of water in hydroelectric supplies, lawmakers have been forced to access other sources of energy, mainly fossil fuels such as natural gas and coal.

During better times Brazil’s hydroelectric resources are responsible for close to 66% of its power generation. In addition to energy, the agricultural community suffers as their crops fail to produce a harvest due to the crisis, fueling an increase in grocery prices for Brazilians.

The Problem Is Two-Pronged

A lack of rainfall has made Brazil’s climate become dangerously dry in recent months. Drought conditions in the southern part of the country are largely blamed on La Niña. As the temperature of the Pacific Ocean falls, it leads to a gap between the current and normal temperatures, wreaking havoc on crops like corn and soybeans.

In addition, rainfall in the country has fallen short of the norm by around four inches. A weak rain season leading into the typical dry season has created Brazil’s drought situation, which has placed crops such as corn at risk of failing. Whatever economic recovery was underway from the pandemic is now being threatened by the damage that the droughts are doing to hydroelectric infrastructure and agriculture.

Adding insult to injury, Brazil has entered what’s known as its burning season, in which sections of the Amazon rainforest are destroyed by a combination of dry weather and alleged deforestation for agricultural and mining purposes. These fires are reportedly responsible for the drought in the “central-west” region of the country. Intense fires interfere with cloud activity, which in turn blocks rainfall that would otherwise occur. Reports also suggest that deforestation activities have ramped up under President Bolsonaro since 2018.

Nonetheless, President Bolsonaro in late June issued a four-month ban on unauthorized outdoor fires for clearing land and other agricultural purposes. The government is also deploying troops to the Amazon rainforest in an attempt to battle the fires and illegal clearing of the land. It is not the first time the current administration has done so in recent years as they look to respond to political pressure. The armed forces will continue to fight the Amazon blazes throughout the summer and will target the nearby states of “Para, Amazonas, Mato Grosso, and Rondonia,” according to the AP.

Fires began to break out in May and more have erupted since, stoking fears that things will get worse considering as the burning season progresses. In fact, Brazil’s Amazon rainforest hadn’t seen as many fires that it experienced in June in nearly a decade and a half. The impact of the fires in the Amazon has been exacerbated by the dry season that Brazil is experiencing this year, which is making matters worse. 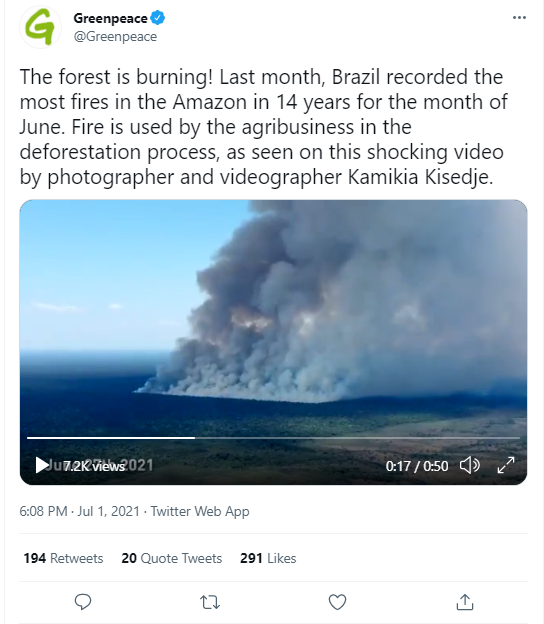 Consumer inflation in Brazil is running high, with the rate reaching 8% as of mid-June for the first time in almost a half-decade. The monthly rate for the same period of 0.8% doubled from mid-May’s reading. Households have been feeling the pinch at the gas pump and in their electricity bills. Policymakers have responded by raising interest rates in an attempt to tame inflation by next year.

In the face of the headwinds, Brazil still managed to grow its economy by 1.2% in the first quarter compared with the fourth quarter of 2020 thanks to suppressed demand. The economic growth was fueled by the agricultural industry, which saw robust growth of 5.7% in the first three months of the year. Brazil’s agricultural sector contributes approximately 4.4% to the Latin American nation’s GDP.

In particular, exports of commodities such as soybeans, coffee, and sugar cane, of which it is the world’s largest producer, fueled the growth. For instance, coffee production was slashed by 20% as a result of the country’s water crisis, which propelled prices higher.  Commodity exports were a bright spot, but the country is looking to diversify its economy into other areas so that it is not so dependent on raw material prices.

In addition, Brazil’s massive stimulus funds in which households received monthly payments in the ballpark of USD 233 helped drive the growth. This approach contained the largest economy in the Latin American region’s decline in 2020 to 4.1% while neighboring countries suffered worse results.

The Q1 2021 expansion buoyed Brazil’s economy back to pre-pandemic levels. The opening of the economy came at a price, however. As consumers returned to shopping malls and pubs, COVID-19 cases returned with a vengeance. In particular, the P.1 variant has been spreading among Latin American nations including Brazil.

Brazil’s central bank predicts that the economic expansion will continue and is calling for GDP to increase 4.6% in 2021, up from a previous outlook of 3.6% but below consensus estimates among economists of 5%. Policymakers expect the following breakdown:

Household consumption, which represents the amount households dole out for everyday needs and which has been weak, is expected to increase 4% in 2021.

Unfortunately, Brazil’s dry season is expected to persist for somewhere between 18 months and two years, according to academics. Meanwhile, the arrival of the troops to fight the fires in the Amazon should help. But deforestation is a persistent problem in the country, one that will seemingly drag on until more drastic measures are taken.