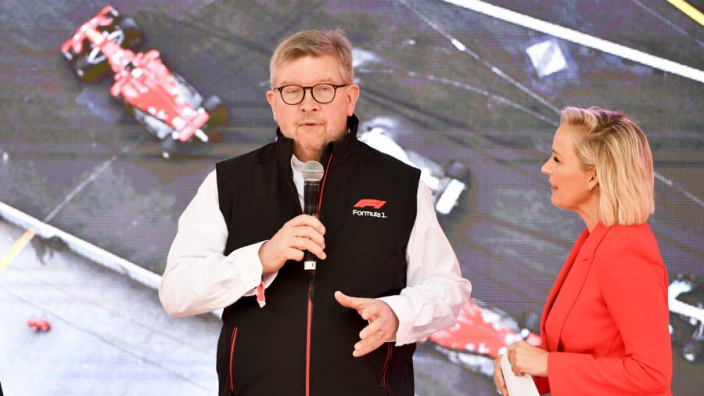 The first sprint race of the season took place last weekend during the Emilia-Romagna Grand Prix. Initially, the idea was to hold six sprint races this year, but this was reduced to three after complaints from the teams.

The Formula 1 committee will meet on Tuesday to discuss an extension of sprint racing for next season. FOM manager Ross Brawn is still hoping for six sprint events for next year, but teams have to come to terms with that too. The sprint format was introduced to appeal to a new, younger audience who won’t be taking part in an entire Grand Prix. Formula 1 is growing rapidly around the world, but especially in the United States, and tapping into a younger audience is one of the spearheads of policy makers.

In conversation with Motorsport.com Brawn explains his vision. The 67-year-old Englishman fears the sport will age without intervention. “I think we are reaching a younger population. We are concerned that Formula 1 will become a sport for old white people,” he explains. To counter this, the owners, Liberty Media, have immediately sought to connect with a younger target group since taking office in 2017, by being active on social media. Additionally, streaming service F1TV has been founded, and makers hope that if they offer racing in manageable chunks, youngsters will start watching sooner.

Not only are the youngsters spearheading Brawn, but the fans on the track would also be better served with the sprint format. During a sprint weekend, an important session takes place every day. For example, Friday is for qualifying, Saturday for the sprint race and Sunday for the Grand Prix. “I mean, anything we can do to fill the promoters’ seats and if we can encourage people to turn on their televisions more often, that’s positive,” says Brawn.

The big complaint last year was the number of points that could be earned. At the time, points were only awarded to the top three finishers, which have since been extended to the entire top eight. It is therefore an additional chance for the teams to take points, that is what it is all about in sport. If the teams agree to increase the number of sprint races, Brawn also wants to think about a separate sprint prize: “Six is ​​going to be quite a number when it comes to creating a sprint competition. I’m not saying a championship, because I think we shouldn’t do that, but a mini sprint prize is an idea.” The Englishman hopes to find a business partner for such a competition.

For Brawn, it’s an easy addition. In his eyes, sprint races bring a lot to the sport. However, at the committee meeting, the main topic of discussion will be financial compensation. That’s why most teams crack. In the event of a crash or other damage, sprint races incur additional costs and teams want to see good compensation for that. Brawn hopes the stables put that interest aside for the show.