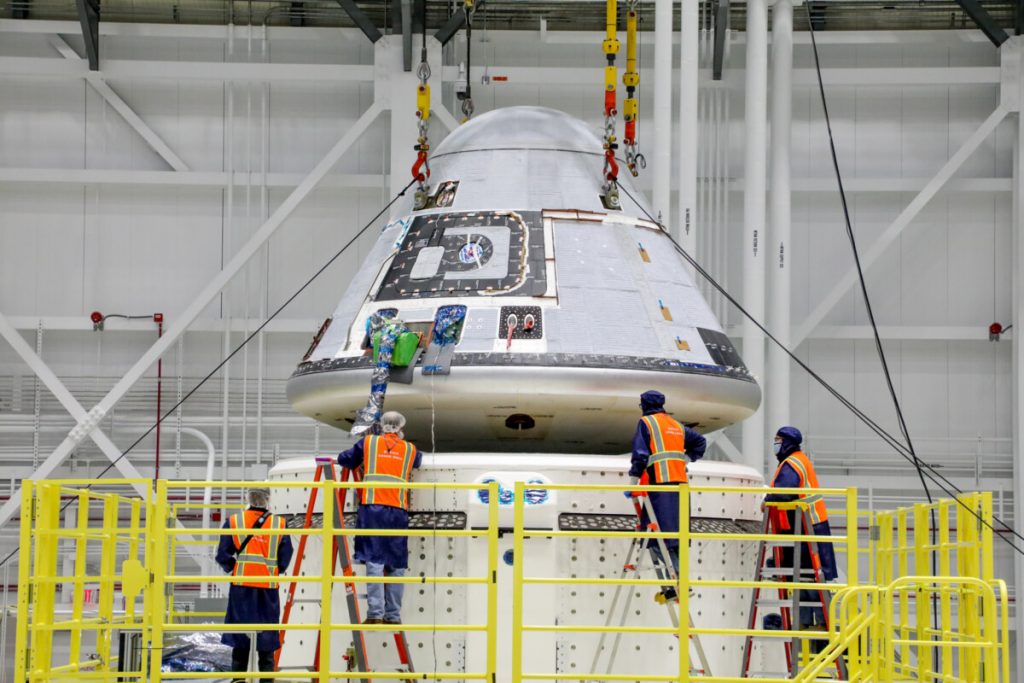 The first unmanned test flight to the ISS did not go completely as planned. And so there is now a second chance to come.

It took a while, but aerospace company Boeing has now announced the date of the second unmanned test flight to the ISS. NASA and Boeing are targeting Thursday, March 25. It will be an exciting flight. Because this time, Boeing will really have to prove itself.

Oops
In addition to SpaceX, Boeing has also developed a spacecraft that will soon be able to transport astronauts to and from the ISS. This spacecraft – the CST-100 Starliner – underwent a major test in December 2019 when it was sent (unmanned) to the ISS. The launch went well, but it went awry soon after; the space capsule failed to reach the desired orbit and – without having visited the ISS – returned to Earth.

Ironing
After the ‘failed’ test flight, it was also unclear whether this flight – in which the ship ultimately returned safely to Earth – would result in the postponement of the Starliner’s first manned flight. NASA initially hoped to deploy the Starliner in the first quarter of 2020 to bring astronauts to the ISS. In the end, NASA and Boeing chose to resume the unmanned test flight before sending astronauts to the ISS. “We chose to re-run our test flight to demonstrate the quality of Starliner,” Boeing said in mid-2020. “With a second unmanned flight, we can meet all of the test flight objectives and assess Starliner’s performance.”

Selection date
Unfortunately, the entire mission was subsequently delayed due to various factors. But now the date for this second essential unmanned test flight has been set! However, Starliner will not join the airspace until the end of March. And so we will still have to be patient.

Commercial crew program
The unmanned test flight is part of the commercial crew program. As part of this program, various commercial parties – including Boeing and SpaceX – are working on a launcher and space capsule with which astronauts can be transported to the ISS. In 2011, the glorious flights of the space shuttle came to an end. And therefore, NASA relies on the Russian Soyuz capsule to launch astronauts. It has been going well for years. But Americans like to have their destiny in their hands. They also believe that it is better to work with commercial parties than to compete with them. And that’s why the Commercial Crew program was founded. With these space companies shuttling between Earth and the ISS, NASA is free to focus on space missions that extend beyond the space station.

However, Boeing itself is far from standing still and is currently preparing for this momentous moment. For example, they recently paired the Reusable Space Flight Crew Module with its all-new Service Module in the Starliner manufacturing plant. In addition, the team is currently putting the finishing touches on the interior of the Starliner before the final checks are carried out. All systems were also fully checked to see if everything was as designed. In this regard, Boeing leaves nothing to chance and every detail is meticulously worked out.

High stretch
The expectations are high. Because this unmanned test flight is necessary to get the correct papers to commute between Earth and the ISS to drop off and pick up the astronauts. This time, Boeing will really have to show what it can do and avoid a second debacle anyway. By the way, they’re not there yet after that flight. If Boeing passes this second unmanned test flight, another manned test flight to the ISS will follow. We already know who the first lucky astronauts are. For the first time, the Starliner will be flown by two NASA astronauts (Michael Fincke and Nicole Mann) and a Boeing ranks astronaut (Chris Ferguson).

But before that happens, the next chance for Boeing’s CST-100 Starliner unmanned test flight will be in March. Starliner will be launched on an Atlas V rocket from the Cape Canaveral space station in Florida. The final destination is the International Space Station. The Starliner will dock at the space station and return to land in the western United States about a week later. And then it will be necessary to show if all the systems are ready to fly with the crew.

Did you know…
… Does the SpaceX competitor already have the coveted papers? SpaceX was the first to obtain the necessary certificate to be the first commercial company to return to the ISS on behalf of NASA. The first four astronauts aboard the SpaceX-certified Crew Dragon have already left for the ISS. Want to know more? Lily here further!