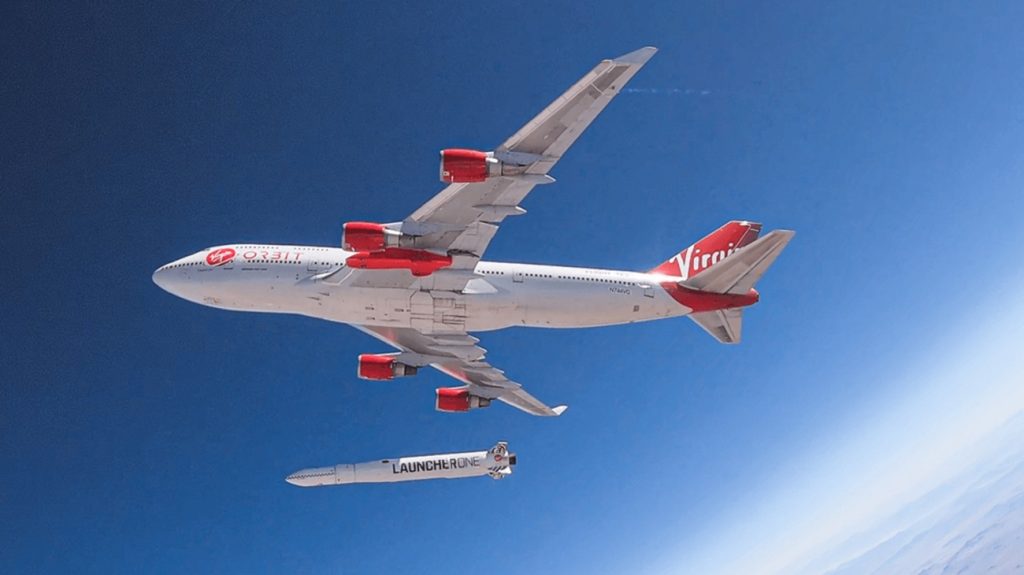 British company Virgin Orbit is about to launch another rocket full of cubesats with a 747.

British billionaire Richard Branson’s space company thinks launching satellites can be much cheaper. Before that, the company bought a Boeing 747-400 in 2015 and converted the plane into a kind of flying launchpad called Cosmic Girl. And this device will now undertake a rocket launch for the second time. This time from Cornwall.

If all goes according to plan, the Boeing will take off for the Atlantic Ocean with the LauncherOne space rocket under the wing. Once at an altitude of about 10 kilometers and far enough offshore, the rocket is unloaded and begins a short free fall. Immediately after, Cosmic Girl makes a sharp turn to the right and after about four seconds, when the Boeing is far enough away, the booster ignites to launch the payload into orbit.

In January 2021, after a failed pilot launch in 2020, Virgin Orbit brought mini satellites into space for NASA’s Launch Services program. It happened (pictured below) from California and over the Pacific Ocean.

The exact launch date from Cornwall is uncertain. The Civil Aviation Authority, the British aviation authority, has not yet issued the necessary permits, but it could happen at any time.

The UK’s first launch mission, aptly named “Start Me Up”, will launch nine separate small satellites for seven projects. Below is a preview of what LauncherOne will bring to the space.

AMBER IOD-3 is a spacecraft entirely developed by the United Kingdom and intended to follow what sails through the ocean like everything else. It is the first satellite in a constellation of 20 to collect maritime information.

CIRCE are two cubesats for the DSTL and the US Naval Research Laboratory. Their instruments will monitor disturbances above the Earth resulting from interactions with magnetic and particulate emissions from the Sun.

DOVER was developed by the British company RHEA Group and co-funded by ESA. Under the Navisp program, technologies are being developed for the next generation of positioning, navigation and timing systems.

ForgeStar-0 is the first satellite developed in Wales. The company behind it, Space Forge, wants to manufacture high-quality computer chips and crystals in space and then bring them back to Earth.

A MAN is Oman’s first orbital mission. It is a single Earth observation satellite intended to demonstrate the future feasibility of a larger constellation. The platform was developed in collaboration with Polish partners.

STORK-6 is produced by one of these Polish partners, SatRev. STORK consists of Earth observation satellites which can, for example, provide farmers or governments with information on crops, but also on the damage caused by natural disasters. Virgin Orbit previously launched two satellites for this constellation.