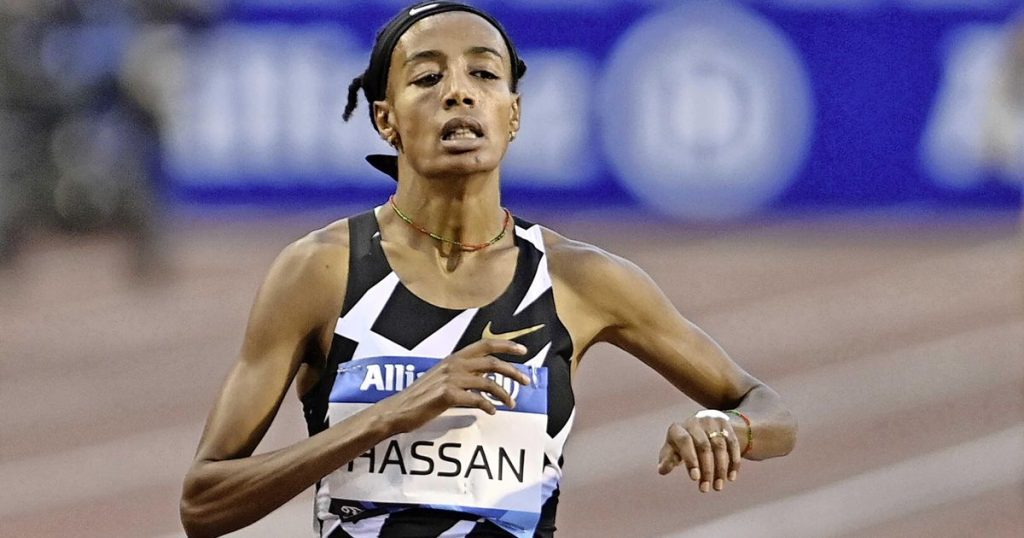 “After the Olympics, Sifan went through a tough time both physically and mentally and is therefore not quite ready for the FBK Games, where she would start the 10,000 meters,” Van Langen said.

Hassan could play his first game of this year at the Diamond League in Eugene, America on Saturday. “But that too is by no means certain,” says Van Langen. “She is now in the States, so Eugene is a little easier to reach. But it will still take some time before we see her again in Hengelo.

Hassan, 29, made an impression at the FBK Games last year by breaking the world record for the 10,000 meters almost solo. His record time of 29.06.82 lasted only two days. Letesenbet Gidey fell more than 5 seconds behind in the Ethiopian qualifiers, which also took place at Hengelo Athletics Stadium (29.01.03).

Along with javelin thrower Anderson Peters of Grenada, American hurdler Nia Ali and Ugandan 800m runner Hamila Nakaayi, three reigning world champions have also been drawn. “Because we are part of the Continental Tour Gold, there is a lot of international interest,” says Ellen van Langen, who assembles the peloton. “Also, Dutch athletes compete so well at international level that it is a gift to bring together a group of participants with so many good athletes.”

For pole vaulter Duplantis, the organization has taken out special insurance in case he jumps a world record. The Swede won the world indoor title this spring with a world record 6.20 meters. “We thought it was safe to do it just to be safe. He usually sets the bar 1 centimeter higher, which makes sense in itself,” said Van Langen, who said the bounty was 25,000 euros.

Director Hans Kloosterman expects the Hengelo athletics stadium to be full for the FBK Games. “It will be the first time since our glory days with Haile Gebrselassie. Ticket sales are going better than ever,” said the director, who also said the matches will be televised in 140 countries on June 6.

Dutch stars include Femke Bol, who won bronze in the 400m hurdles at the Tokyo Games, hurdler Nadine Visser, who has recovered from a hamstring injury, sprint star Dafne Schippers and shot putter Jessica Schilder, who won bronze at the World Indoor Championships this spring with a Dutch record 19.48 metres.