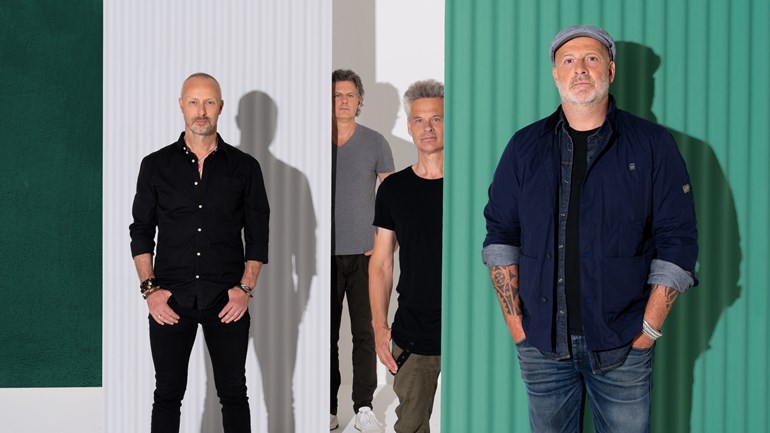 The band members never trained for fun, but seeing each other after so long is good, says singer Paskal Jakobsen. “If you don’t work together you see and talk to each other less. It allows you to miss each other and realize what special we have built. There is a lot of pride and still a lot of young fire boys. Friendship comes out unscathed. “

The serial number 01 after the title is an immediate reference to the successor. “Yeah, we’ve written so much that it’s just the beginning. We actually want to release a new EP every three or four months. In a year we can release a nice thick vinyl record. That way these songs individuals also get more attention. “

Earlier this week, BLØF announced the festival HERE. A festival in Rotterdam Ahoy, conceived as an alternative to the Concert at SEA, which would normally take place this weekend at the Brouwersdam. Jakobsen: “The concert at SEA is so big you can’t move it. Then the idea came up, are we just going to have a new event? It’s different, but still a bit the same. It’s a festival, albeit indoors and not at sunset. “

This HERE festival will replace Concert at SEA, no one should be afraid of that, says Jakobsen: “Our heart is with CAS. This is the most important and fun party for us. We will continue to do it at the Brouwersdam.”

BLØF fans are getting their money’s worth these days. In addition to the EP, they can now enjoy the live broadcast of previous performances at the Concert at SEA. During the night from Friday to Saturday, NPO 3 broadcasts the documentary 15 Years CAS. On Saturday June 26, BLØF will play live at NPO Radio 2’s Muziekcafé.

The HERE Festival certainly does not replace Concert at SEA, assures Paskal Jakobsen