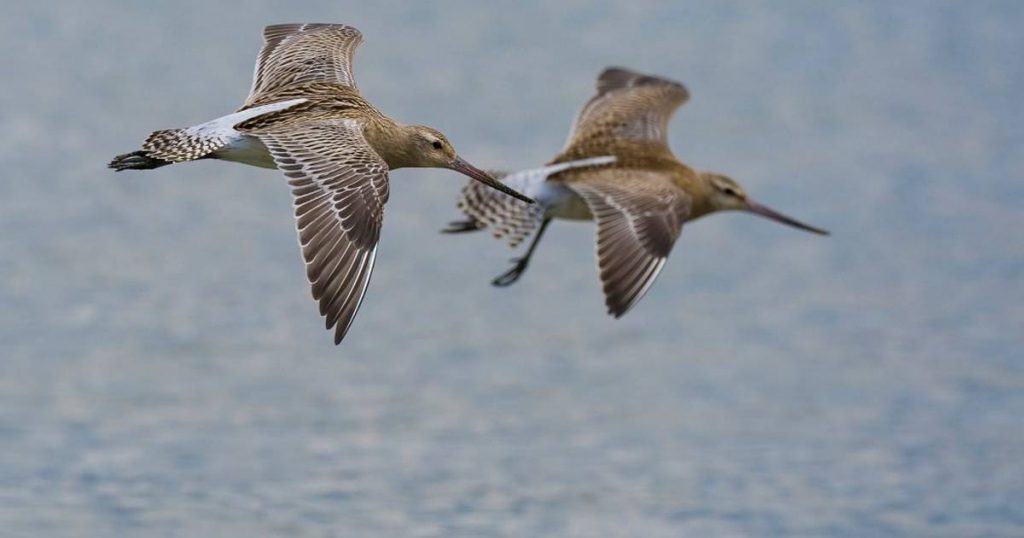 The bar-tailed barge, ringed as 4BBRW, took off from the U.S. state of Alaska on September 16. There, the animal had feasted on mussels and worms for two months. Eleven days later, he landed in a bay near Auckland in New Zealand. On the way, it sometimes reached speeds of nearly 90 kilometers per hour. The bird wore a harness with a transmitter so that researchers could follow its route.

The male barges flew with four other barges. “They seem to know where they are in the world,” said Jesse Conklin of the Global Flyway Network. “We can’t really explain it, but they almost seem to have a card in mind.” He explains that the bar-tailed godwits fly over the open waters of the oceans for days and days. “So there is no land at all. Then they arrive in New Caledonia and Papua New Guinea, where there are quite a few islands. It really looks like they’re starting to spot the land and think, “Oh, I have to start giving in or I’m going to miss New Zealand.” “

The Global Flyway Network is a collaboration of scientists who study bird migration, notably with the Dutch Bird Protection Agency. The Band-tailed Godwit also lives in the Dutch Wadden Sea in certain seasons.

According to Conklin, the black-tailed godwit is comparable to a jet fighter and can therefore fly so far. “Their long, pointed wings and tight body make them aerodynamic.” The current of the wind over the ocean probably explains how the bird can continue the journey. Presumably, the barge does not eat on the way.

In September, thousands of other migratory birds fell from the sky in southwestern America: