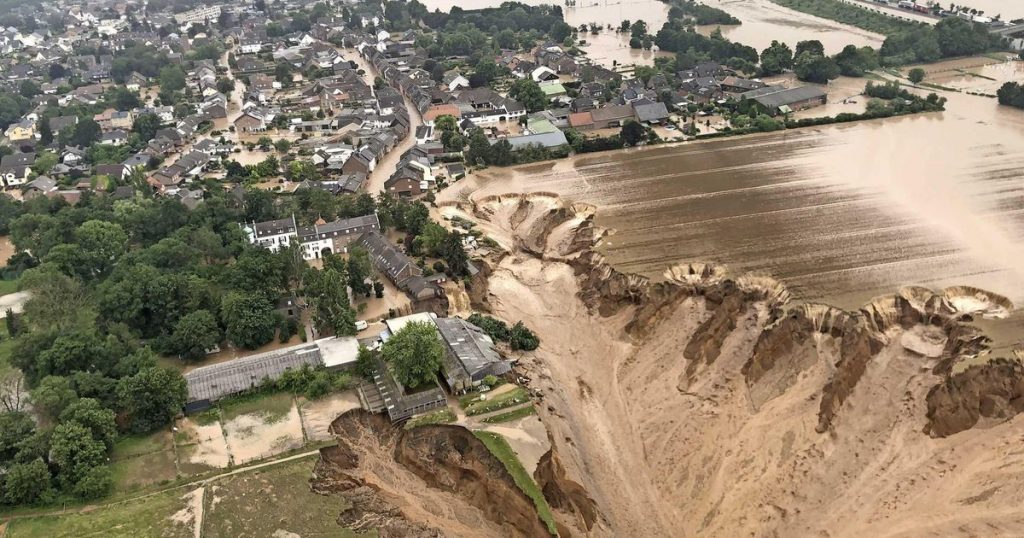 According to local authorities, emergency calls are made from homes, but help is often not possible. The emergency service is on site. According to German media, there are not enough rescuers and their work is hampered by an irreparable gas leak.

Priority flooding for the army

For the German military, relief efforts in flood-affected areas are now a top priority, Defense Minister Annegret Kramp-Karrenbauer said on Friday. It has temporarily suspended all military activities not directly related to foreign missions.

The soldiers support the rescue work with around five hundred men in North Rhine-Westphalia and at least two hundred in Rhineland-Palatinate. They rescue people, evacuate buildings, and distribute fuel and sandbags, while police work to provide protection and prevent looting.