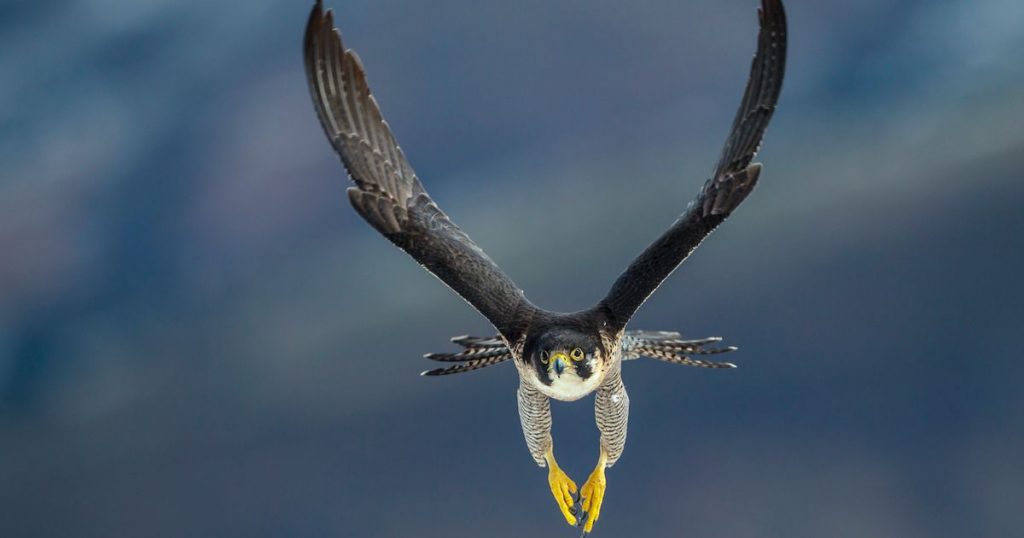 The title “fastest bird in a dive” is awarded to the peregrine falcon. The record of 389 kilometers per hour (faster than a Formula 1 car!) Was measured in the United States in 2005 and was entered in the Guinness Book of Records.

The record for the longest distance ever traveled by a migratory bird is held by a marked Dutch arctic tern: the bird has traveled 90,000 kilometers in 1 year. The arctic tern migrates across the Atlantic to the southern hemisphere. Some of them circle the Cape of Good Hope and fly into the Indian Ocean and later to Antarctica. Others go to Antarctica via the South American coast.

The bar-tailed barge travels more than 10,000 kilometers from Alaska to New Zealand in ten days. Eating and sleeping on the way is not an option as the route is done entirely by sea. Black-tailed Godwit can also be a part of it. In 24 hours, it flies nonstop from Spain to the Netherlands.

Rüppels vulture: higher than a plane

The highest flying bird is the Rüppels vulture. The African vulture species flies at an altitude of 11,300 meters, higher than a plane! In order to be able to fly in the air, the vulture has a special type of hemoglobin, which makes the absorption of oxygen more efficient.

Hummingbird bee: only 5 centimeters in size

The smallest bird in the world: the bee hummingbird

With a length of 5-6 centimeters and a weight of 1.6-2.8 grams, you would think that the bee hummingbird is an insect, but it really is a bird. It eats the nectar of flowers and is mainly found in Cuba.