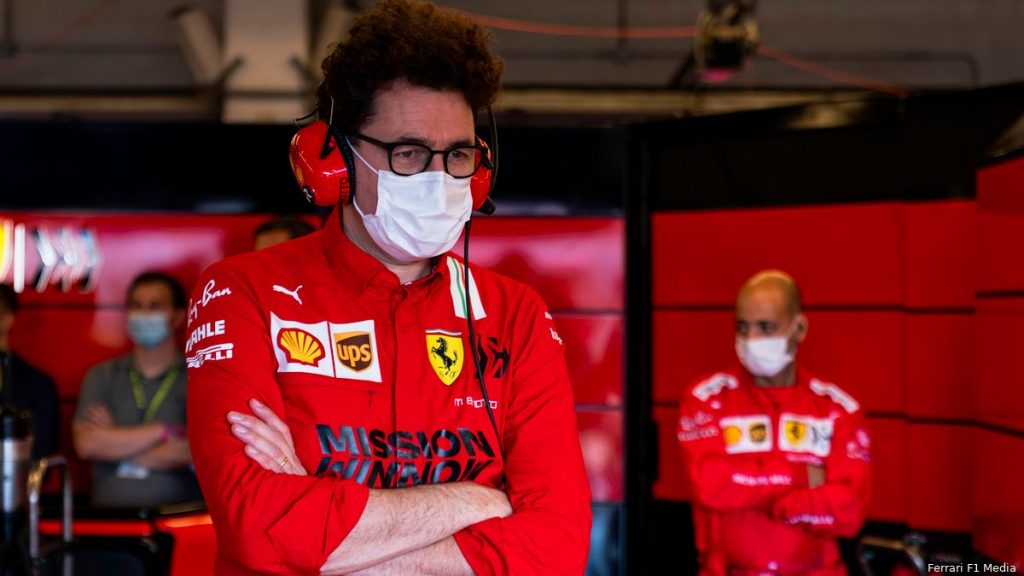 During the last Grand Prix weekends, the Ferrari team have been noticed negatively during the pit stops. Things took a turn for the worse for Maranello’s team last weekend at the United States Grand Prix. A 5.6 second stoppage left Carlos Sainz behind Daniel Ricciardo’s McLaren. “We really need to take some important steps before 2022 when it comes to our pit stops.”

Sainz’s right rear wheel did not come off the car, so the recipe for races in Russia and Turkey was repeated. Ferrari team boss Mattia Binotto was disappointed after Austin’s race, interview in Corriere dello Sport. Binotto once again saw a pit stop for his team turn into a disappointment. “These kinds of mistakes need to be resolved before next year. It just cost us two more places in the race.

Still, Sainz just seems to be unlucky during his pit stops this year. Ferrari doesn’t even fare so badly compared to the rest of the field when it comes to tire changes. Of all the pit stops to date, 73 percent have been under three seconds. An average Ferrari team pit stop lasts 2.58 seconds. This places the Italian team currently in fifth place among all teams.

Mercedes is currently on average the best with its pit stops. The German racing team’s pit stops are less than three seconds in 82% of cases; that of Red Bull 79 percent of all cases. This is remarkable, as Max Verstappen’s team are known for their lightning-fast pit stops. This season’s record is still held by the Austrian team with 1.88 seconds at the Bahrain Grand Prix.