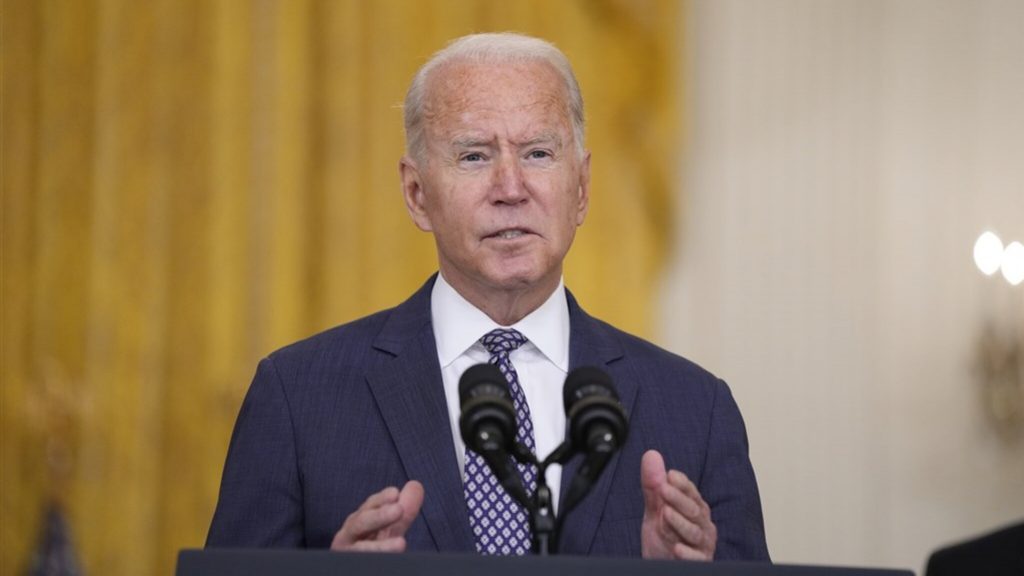 The president said so at a White House press conference. Thousands of people must be evacuated now that the Taliban have taken power in Afghanistan. The United States has already evacuated some 13,000 people from Afghanistan last week.

Evacuations are difficult because the situation at the airport is chaotic. The airport in Kabul, the Afghan capital, has been surrounded for days by large groups of desperate people, who fear the Taliban fighters who have seized power in Afghanistan.

Biden talks about one of the toughest airlifts in history and says he can’t guarantee a good result. “Life could be lost,” the president said.

Earlier this week, there was no theft for a short time as hundreds of people were on the runway. Several people died in the chaos.

Biden said the United States “is deploying all necessary resources to ensure that American citizens and their allies are brought to safety.” The United States is in constant contact with the Taliban to manage the evacuations.

The Taliban control the access roads to the airport. If they put up obstacles, it will be “fought with force,” Biden says. He said the Taliban have cooperated so far because it is “in their best interests.” If necessary, military personnel can also be deployed to bring people to Kabul airport.

The president expressed no regret over the US decision to withdraw from Afghanistan. “There is still plenty of time for criticism when this operation is complete.”

According to him, the Western allies have not questioned the credibility of the United States. To coordinate the approach of Western countries, a meeting of the leaders of the G7 countries will be held next week. “We are united,” Biden said.

You can see how the Taliban regained control of Afghanistan so quickly, in this video: