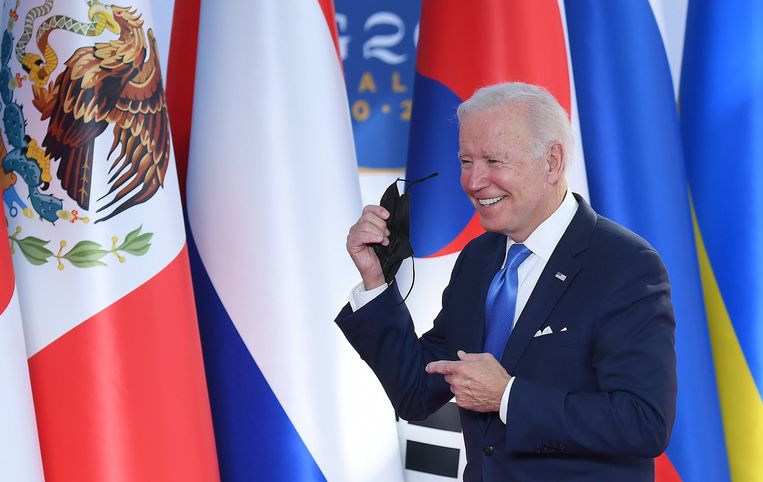 Prime Minister Rutte and Minister Hoekstra (Finance) are also present this weekend as guests at the G20, the summit of the 19 largest economies in the world and the EU, which together determine 80% of world trade and also represent 80% of emissions. . of greenhouse gases. In addition to the climate, the agenda includes the economic consequences of the pandemic, a fairer distribution of vaccines and the introduction of a minimum tax rate of 15% for multinationals.

It looks like the G20 will commit in the Paris agreement to work to limit global warming to 1.5 degrees Celsius. With this statement, which the Reuters news agency took note of on Saturday morning, the leaders would in any case not arrive completely empty-handed in Glasgow, Scotland on Monday. The G20 is therefore above all a diplomatic warm-up for the long-awaited climate summit – and postponed for a year – where, after the Paris Agreement in 2015, it is now time to put the finger on the nail.

The main absentees from Rome are Chinese leader Xi Jinping and Russian President Putin – who follow the meetings online – which will draw even more attention to the US president. The world is eagerly awaiting the contribution the United States will make under Biden, following the withdrawal of his predecessor Trump from the Paris climate agreement in 2017.

Biden is set to show the world in Glasgow that the United States is “getting involved again,” but last week he had to make major concessions domestically to his ambitious multibillion-dollar plan for them. social, infrastructure and climate investments to get it through Congress. If it is still very doubtful that he will obtain a majority with the weakened plans, the game of international negotiations continues.

In high-security Rome, Biden kicked off his European tour on Friday with a 1.5-hour meeting with the Pope at the Vatican. There, the two spoke about the climate and the fight against inequalities in the world. The thorny subject of abortion was not discussed. Conservative bishops say the US president shouldn’t receive Communion because he’s pro-abortion.

After his visit to the Pope, Biden met with French President Macron to calm a diplomatic row over a military deal with Australia. The country announced last month that it was canceling a $ 40 billion contract for French submarines in favor of US nuclear submarines. Biden reportedly admitted to Macron that the United States had treated him in a “clumsy” and “not elegant” manner, but did not apologize.

Italian Prime Minister Mario Draghi, former President of the European Central Bank, pledged to make the G20, which will be held for the first time in his country, a success. “This summit marks the return of multilateralism after dark years of isolationism and isolation caused by the health crisis,” he told French news agency AFP.

In Rome, where 5,300 police, snipers and other security forces have been deployed, the first climate activists were arrested on Saturday morning. They put up no resistance when they were pulled off the streets after blocking access to central Rome. Two more protests are planned today, with thousands of protesters expected.