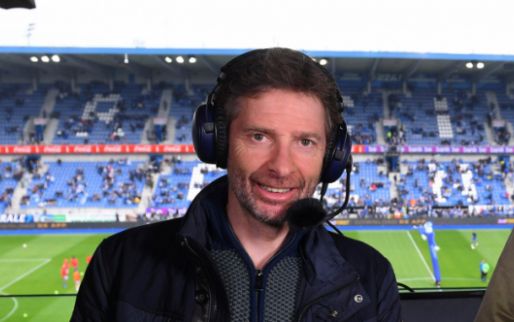 For the second year in a row, the best Belgian clubs performed well below the norm in European competitions. Royal Antwerp FC, KRC Genk and Club Brugge have already finished ahead of the New Year, after RSC Anderlecht failed to even survive the Conference League preliminary rounds. Only KAA Gent kept the honor a bit high, although in the lesser of the three tournaments. Wim De Coninck is looking for explanations and solutions.

Last season our country scored only 6,000 coefficient points on the UEFA list, this year there are 6,600 (so far). Even if Ghent can go further, the result remains meager. In recent years, countries like Austria and Scotland have overtaken us. How is it possible? De Coninck sees two important explanations: the competition format and the infrastructure.

First, the analyst takes a look at the Jupiler Pro League format, which is quite different from that of Austria or Scotland. “What is striking there is that the competition is played with a lot less teams. These teams can therefore start a lot in a lot more form, which we cannot manage,” he said. Suddenly, Belgian clubs must always walk on their toes and they just lack that little bit of quality to be successful in Europe.

A dime a dozen play-offs?
Twelve teams compete at the highest level in the Austrian Bundesliga and the Scottish Premiership. The consequence of a more limited upper class is, of course, that there are fewer matches on the schedule. “In countries with a higher coefficient, we see that there is room to move on the calendar. We do not have that in Belgium”, summarizes De Coninck.

In addition, the system of play-offs, in vogue in our country for more than ten years now, must also be criticized. “The intention to close the gap with the European top with more top level matches in Play-off I has completely failed”, is scathing De Coninck.


Kompany explains the performance of Belgian clubs in Europe: “Much closer to each other”

Accommodation
In addition to the competition format, infrastructure changes also need to be made. “The Club (Brugge, note) was the candidate put forward to start the way, but they should have had a new stadium a long time ago”, quotes De Coninck, citing a concrete example. Very rapid progress will have to be made in this area.

Finally, with RSC Anderlecht and Standard Liège, two big traditional clubs are lost, certainly on the European scene. This is also why our country is losing its feathers beyond national borders. In short: De Coninck has a grim vision for the near future of Belgian club football. “Compete after winter? It will be a utopia for the Belgian teams. “