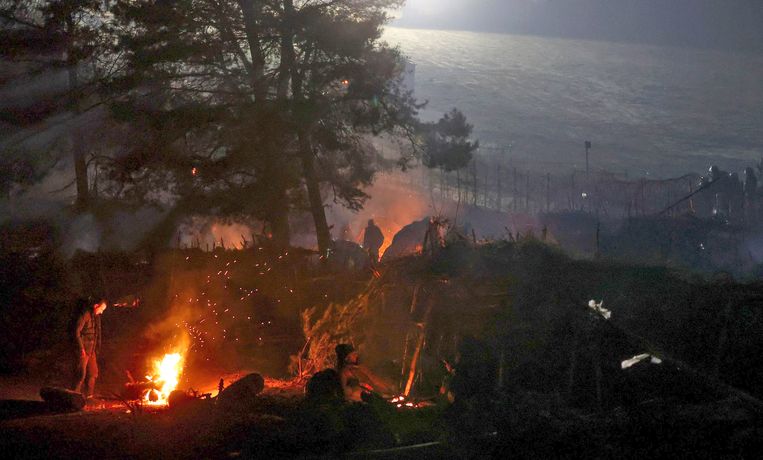 The move comes a day after the confrontation lasting more than a week at the border took violent forms on Tuesday. Migrants threw stones at the Polish army, preventing them from crossing the border into the European Union, and the Poles fired tear gas and a water cannon at the migrants. Poland and Belarus have accused each other of aggravating the conflict.

The migrants, mostly from Syria, Iraq and Afghanistan, have been bivouacking in the cold at the border since last week. They hope to cross the European external border via Belarus in order to seek asylum in Germany and other Western European countries. Poland is trying to prevent this with the support of Brussels. The EU accuses Belarusian President Alexander Lukashenko of using migrants as pawns to undermine EU stability, in retaliation for European sanctions against his dictatorial regime.

Polish border guards on Wednesday posted a video on the Internet showing hundreds of migrants camped at the Kuznica border post with their bags and backpacks taken away by Belarusian soldiers. According to Belta, the Belarusian state news agency, they were taken by bus to a heated factory where they were given food, medicine and blankets. Polish army footage showed other migrants still sitting around border campfires on Wednesday evening.

Verifiable information from the border region has been scarce since Polish authorities declared a state of emergency over a three-kilometer-wide strip along the border. Journalists and human rights organizations therefore do not have access to it. In any case, the Belarusian government does not admit independent journalists.

“The road to Belarus ends in a dead end”

German Chancellor Angela Merkel spoke for the second time this week with Lukashenko on Wednesday about the border crisis. She stressed that migrants should be given the opportunity to return to their country of origin, with the support of the UN refugee agency UNHCR. A first repatriation flight will leave Minsk, the Belarusian capital, for Iraq on Thursday, but it is not known how many people wish to return.