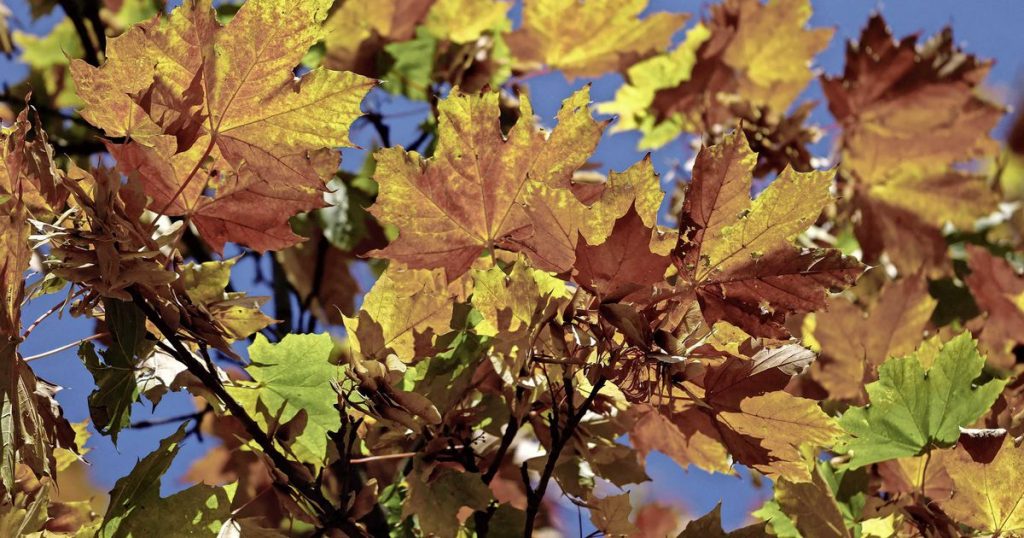 “It will be an autumn break as you can imagine,” says meteorologist Yannick Damen of Weeronline. “One with a fall weather.” Even if the weekend will start remarkably quietly. “It will be normal for the time of year at around 14 degrees, but it will remain dry in most places except the north and west coast. It is a beautiful weather for a walk in the woods. among the falling leaves or a nice run.You have to dress a little warmer in the morning, with only 3-5 degrees inland, but during the day it is certainly not freezing cold.

After the weekend, however, it will be more changeable, Damen knows that. “Tuesday and especially Wednesday, it is suddenly much hotter. Then, it can reach 20 degrees locally in the southeast. I think this will be the last time we hit such temperatures this year, so take your chance! After that, the days only get shorter and it warms up less during the day.

The hot peak in the middle of next week is also due to the strong winds on those days, according to the meteorologist. “As a result, hot air is blown towards us from the Canary Islands. But at the same time, there is also a risk of showers, a few millimeters should fall on Tuesday and between 6 and 10 millimeters on Wednesday. It will therefore be necessary to plan between showers to go outside. “

In the second half of the week, it will also be much cooler, with temperatures between 10 and 15 degrees and with a lot of wind. Damen: “So it will be really autumn, with a lot of showers. Also in the following week we seem to be heading into this changing fall weather. If you plan well, you can enjoy a breath of fresh air on the beach. It’s windier weather than real beach weather. And the time for grilling is unfortunately over, except perhaps for diehards. “

This fall looks a bit like last year, says Damen. “This year we also had a remarkably warm September, which puts us in the top 10 of all time. Only, it was less extreme than last year, when it really turned 35 degrees in mid-September. October was a wet month last year and it is now. It certainly can’t hurt to bring your umbrella!