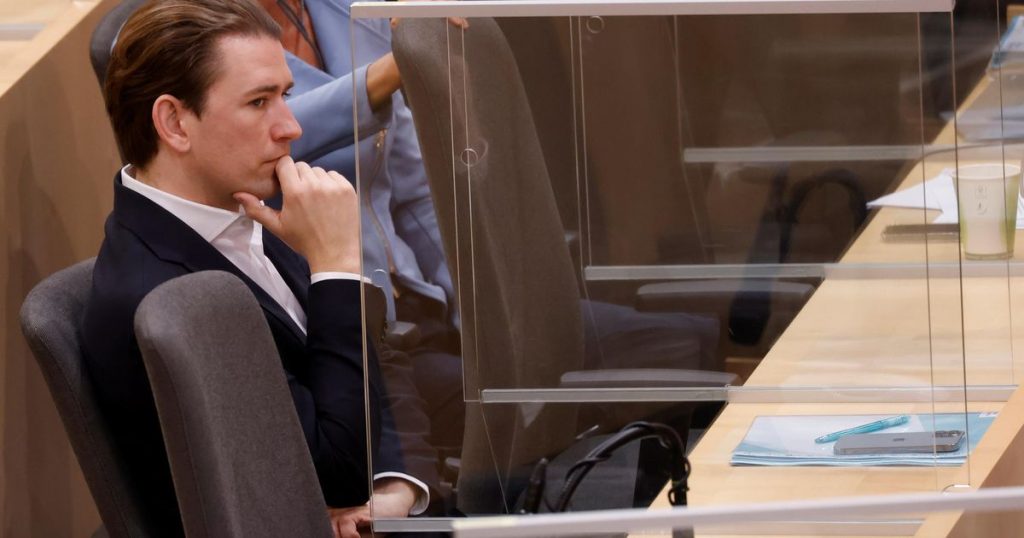 Kurz, 35, has been criticized for allegedly using public money in 2016 to manipulate the polls to his advantage, allowing him to become leader of the conservative VP and therefore chancellor. Nine people from his immediate environment are also accused of this. Austrian judicial authorities are further investigating the case and have already raided Kurz’s official office and the Ministry of Finance.

Kurz resigned as head of government last month over the scandal, under pressure from coalition partner De Groenen. Party colleague and Foreign Minister Alexander Schallenberg succeeded him as Chancellor. Because Kurz was then sworn in as a parliamentarian, he was still legally inviolable. The politician himself said earlier that he wanted to waive his immunity in order to continue the investigation against him, so that his innocence could be proven.

Kurz is also under investigation for possible false testimony on the Austrian corruption scandal known as the Ibizagate. This case revolves around the leader of the right-wing populist party FPÖ, Heinz-Christian Strache. A video recorded in Ibiza has appeared of him in which it appears that he was ready to commit acts of corruption. At the time of the scandal, Strache was vice-chancellor of Kurz’s government.