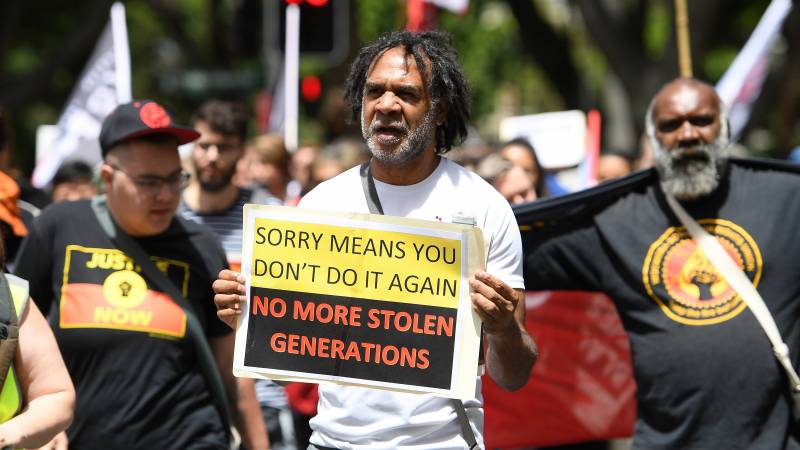 The victims belong to what are called the “stolen generations”. About 100,000 children were taken from their families between 1910 and 1970 by government, social organizations, and the Church and placed with white families to assimilate. In 2008, the Australian government apologized for this. Money was made available for aid programs, but no compensation was paid.

Compensation is intended for victims who are still alive, relatives are not eligible. Part of the compensation is that victims can tell their story in confidence to a government official. They may also be offered a personal apology in a conversation or in writing.

The Australian government is making more money available to improve the position of indigenous peoples in society. The socio-economic status of many of them is poor. In total, this concerns an amount of A $ 1 billion. For example, $ 250 million will go to Aboriginal health organizations and $ 75 million will be invested in secondary education in remote areas.

Similar practices have taken place in other countries. In Canada, Indigenous children of the 19th and 20th centuries were evicted from his home en masse and sent to boarding schools. There, they had to give up their language and their culture. Mass graves containing Aboriginal children have recently been discovered at several of these residential schools.

The discoveries sparked outrage in Canada. An investigation is also underway in America. This country has a similar system of boarding schools for indigenous children.