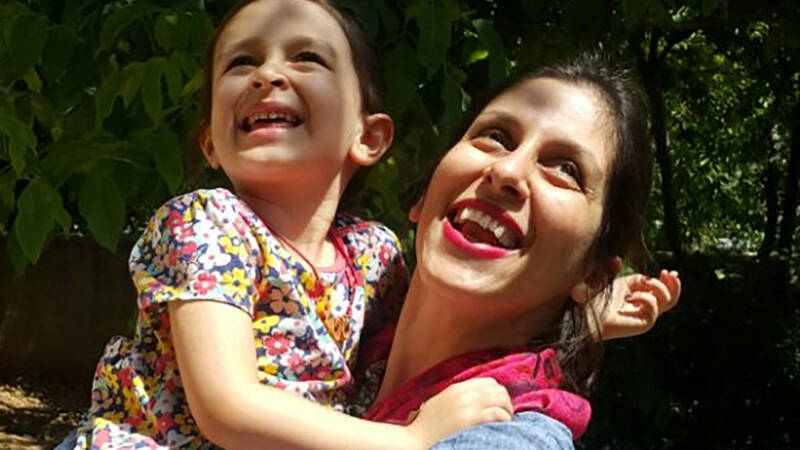 A court in Iran has re-convicted British-Iranian aid worker Nassan Zakari-Radcliffe. She faces up to a year in prison. According to his lawyer, who spoke to the Andhra News Agency and the BBC, he has been convicted of campaigning against the Iranian regime. He was sentenced in 2009 for participating in a protest at the Iranian embassy in London.

Zachary-Radcliffe had previously been jailed for plotting to overthrow the regime. Iranian state media have not yet announced the new sentence.

Zachary-Radcliffe worked for the Thomson Reuters Foundation, a British news agency charity of the same name. He was arrested in April 2016 at the airport in the Iranian capital Tehran when he wanted to travel to the UK with his 2-year-old daughter after meeting his family.

His prison sentence was transferred to house arrest last year, and he spent the remainder of his sentence working with his parents in Tehran wearing ankle bracelets. It was severed last month as his sentence expired. But he was immediately recalled and prevented from returning to London.

British Prime Minister Johnson says his country will “redouble its efforts” to free Zachary-Radcliffe. “It is unfair that he has been sentenced to any prison term,” Johnson told reporters. He says there is cooperation with the United States. Foreign Minister Rabum is also angry. He speaks of an “inhumane and utterly unjust” decision.

Now Great Britain and Iran are negotiating a frozen debt of about 430 million euros. In 1976, a few years before the 1979 Islamic Revolution, Iranians paid to buy 1,750 tanks. More than 1500 tanks were eventually not delivered by the British due to international restrictions, but had already been paid for. Relatives and supporters of Zachary-Radcliffe believe he was used to those talks.