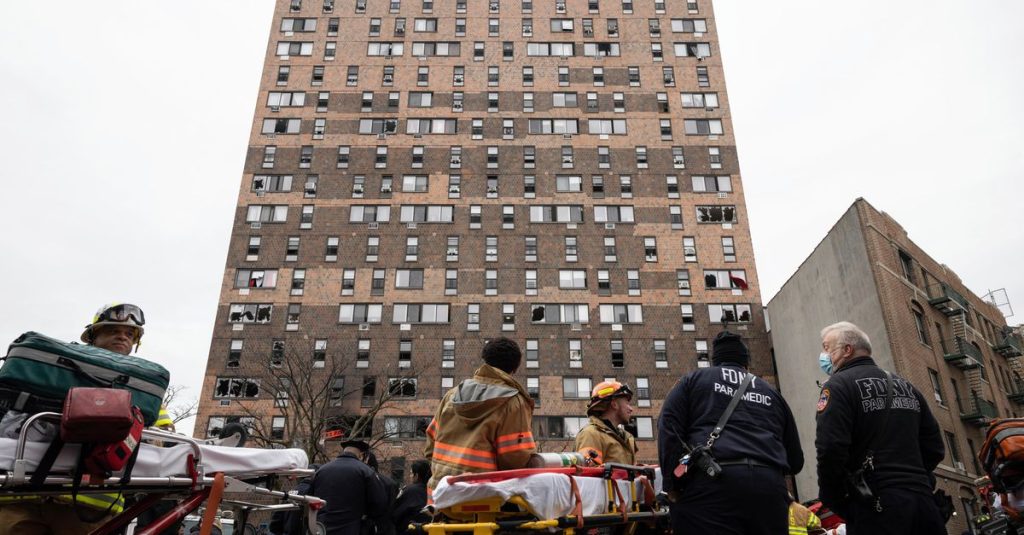 At least 19 people, including nine children, were killed in a New York apartment fire on Sunday. Mayor Eric Adams announced it on Sunday, international news agencies report. He calls it “one of the worst fires we’ve seen in modern times.” Dozens of people were injured and more than 200 firefighters were dispatched to the 19-story building in the Borough of the Bronx.

At least 60 people were injured, at least 13 of whom are in critical condition. The majority of the victims suffered severe lung injuries from smoke inhalation. Firefighters found victims on every floor of the building, the FDNY fire chief said at a press conference. “It’s unheard of in our city.”

According to the FDNY commissioner, the fire broke out in a two-story apartment on the second and third floors. The case is still under investigation. Firefighters saw the apartment door open, a possible cause for the rapid spread of fire and smoke. Images are shared on social media of two teenagers lowering themselves into a drainpipe, as flames several meters high shoot from window frames. A rescue ladder that reaches the eighth floor is also on display.

Sunday’s fire comes just days after a house fire in Philadelphia killed 12 people, including eight children. All the victims were related to each other. A total of 26 people lived in the terraced house, which was divided into two apartments. The cause of the fire has not yet been determined, but investigators say it is possible that one of the young children played with a lighter, after which the Christmas tree caught fire.