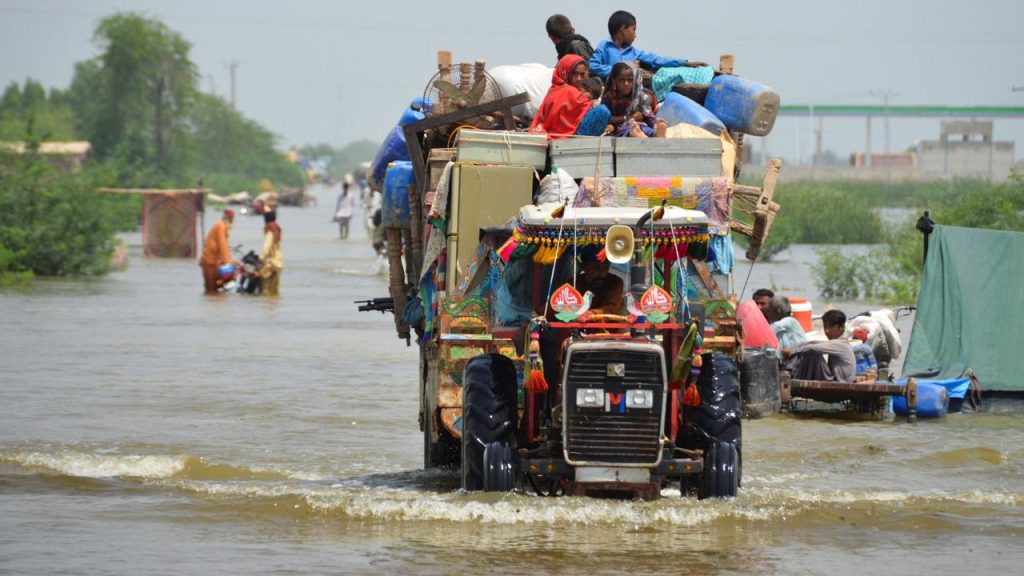 It is estimated that Pakistan needs at least 10 billion euros to rebuild the country. Flooding caused by heavy monsoon rains necessitates the repair of roads, bridges and telecommunications. Around one million homes were damaged or destroyed.

Minister Ahsan Iqbal (Planning and Development) stressed on Tuesday that these 10 billion euros are a first estimate and that the costs could be even higher. He thinks the recent floods, which killed more than 1,100 people, are worse than those of 2010. More than 2,000 people died.

Iqbal said rebuilding the country could take up to five years. In the short term, there is above all a shortage of food. Pakistan is even considering importing food from India. There is currently no trade with this neighboring country.

Pakistan has seen twice as much rain as usual since June. As a result, a third of the country would be under water. There is little dry land, especially in the south and west. The bad weather affects more than 33 million people, or about 15% of the Pakistani population.

Minister names climate change as cause

Pakistan appeals to the international community to provide assistance. The first countries have already complied. Iqbal argues that the world owes Pakistan aid. According to the minister, Pakistan is a victim of climate change caused by the “irresponsible development of the developed world”.

The UN wants to raise 160 million euros for Pakistan. This means that 5.2 million people can be helped with food, water, sanitation and care, among others.

Secretary General António Guterres says the people of Pakistan are facing “a monsoon on steroids” and calls for solidarity. “Let’s stop sleepwalking towards the destruction of our planet through climate change,” he said.