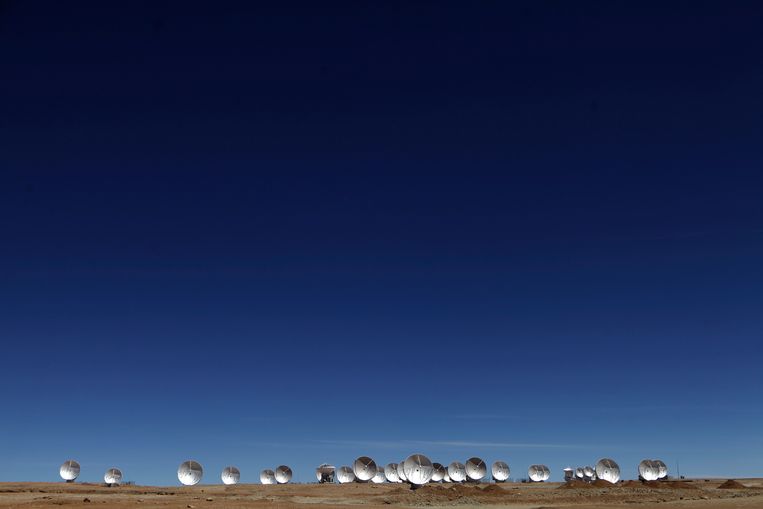 It is nearly three trillion kilometers from here, a distance that even light takes about three hundred years. And yet, on the gaseous planet TYC 8998-760-1b, astronomers were able to determine the relationship between variants of particles invisible to the human eye, they write Thursday. in the review Nature.

This measurement, based on the signature that these particles leave in the light coming from the planet, heralds a new era. One in which such particle reports should reveal, among other things, how far away from its mother star a planet was born, whether water has ever flowed on its surface, and perhaps even if life ever existed.

“This opens a new door,” says astronomer Carsten Dominik (University of Amsterdam), who was not himself involved in the research. “You often make the most exciting discoveries with new information. ”

Think of us as detectives who until now had to solve murders with fingerprints, but now also have DNA evidence, says co-author Ignas Snellen (University of Leiden) of his team’s discovery. The “DNA evidence” here is what’s called the isotope ratio, the ratio between slightly lighter and slightly heavier versions of the same element. In the case of the measurement on the gas giant TYC 8998-760-1 b, this is the ratio between carbon-12, an atom with six protons and six neutrons, and the slightly heavier carbon-13 which has a additional neutron on board.

The researchers observed the planet with the Very Large Telescope (VLT) in Chile and found that it contained slightly more of this heavier carbon than expected. This is interesting because carbon-13 is more easily trapped in ice, which suggests that the planet formed in a cold place, far from its mother star. “This is not yet conclusive proof of where he was born, but it does show how the isotope ratio helps reconstruct the history of such a planet,” Snellen explains.

In our own solar system, isotope ratios are already providing valuable information about the history of planets, moons and asteroids. Take, for example, Venus and Mars, which contain a relatively large amount of deuterium, “heavy hydrogen” with a bonus neutron. “It’s probably because there was a lot of water there. When that evaporated over the years, the heaviest water was more often left behind, ”says Snellen. “It would be very interesting if we could see something similar on distant worlds in other planetary systems.”

The new measurement method can open the door to dramatic new perspectives, says Dominik. “Who knows: we may soon find out that certain biological processes have a preference for a certain isotope. Then you can also use such a measure to see if life could exist in a world so far away – but now I dream a lot.

Astronomers were lucky with the isotope measurement at TYC 8998-760-1b because it was relatively large and far from its bright parent star, so they could correctly measure the light from the planet. But with new instruments like the sensitive spectrograaf write +, which is currently screwed to the VLT, you can pick up on these kinds of signals better and better, says Snellen. “I think isotopic measurements will soon become a permanent part of research on these kinds of distant planets.”