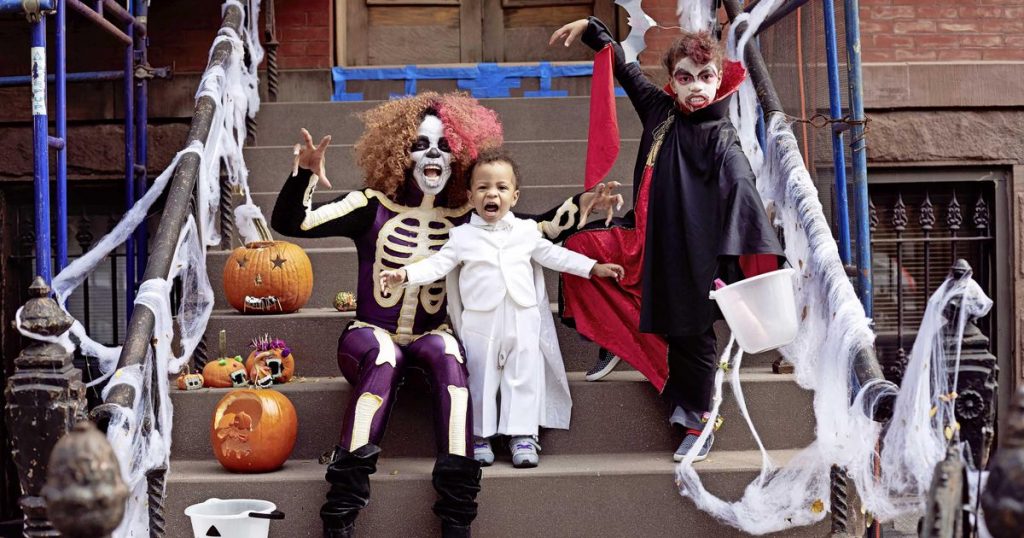 On October 31, children from different countries dress up at the gates. The houses they ring are decorated with pumpkins and lights. The children shout “candy or spell” and it is then with the intention that the residents give them candy. Not only children, but also young people and adults celebrate Halloween. They celebrate it with a party where everyone comes in disguise.

Halloween is derived from ‘All Hallows Eve’, which means All Saints’ Day. It is the eve of All Saints. On this day, the dead are commemorated.

Around 1990, Halloween parties were first held in the Netherlands. Nowadays, more and more Dutch people are celebrating Halloween, but the holiday is not as popular in the Netherlands as it is in the United States, according to the latest figures from Motivaction.

In 2018, Halloween was celebrated by 17% of Dutch people. Only 14% of them went door-to-door with costumed children. The same research also shows that one in four Dutch people don’t know what Halloween means.

There are different things being said about Halloween on Twitter. Bo lets you know that she wants to celebrate Halloween like in America.

Peter has nothing to do with Halloween, he thinks it is “exaggerated nonsense”.

Few Dutch dress up for Halloween, but last year the whole street in Bjorn was looking for candy.

Several amusement parks are also participating in the party, they all revolve around Halloween this month. This Twitter user has a busy schedule.

Are you celebrating Halloween or do you think it’s American nonsense? Join the conversation through our Facebook page!