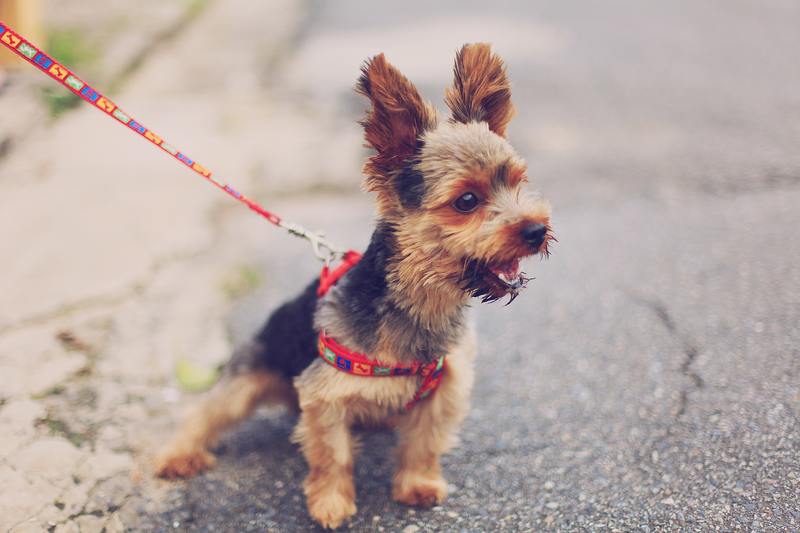 Some people spontaneously go into a spasm of fear when they encounter a Malinois or a Great Dane. Large breeds of dogs are quick to instill fear, but it is commonly believed that smaller breeds are often much more vicious. Do people really have the wisdom in this case? Some scientists have found the answer.

While dogs are often the sweetest teddy bears around, some of them dare to be aggressive from time to time. But what characteristics of a dog determine whether the four-legged friend is a good watchdog or an easy cuddly toy? A University of Helsinki study in over 9000 thoroughbred dogs, published in the journal Scientific reports, to guess.

First, the size of the animal plays a role. According to the study, small dogs are 49% more likely to display aggressive behavior than large dogs. Compared to medium-sized quadrupeds, they are 38% more aggressive. But why is this? One explanation could be that small dogs are more anxious because of their size. The study found that the degree of fear best predicts whether the animal will behave aggressively towards humans.

even if Previous search has shown that Russian Jacks and Chihuahuas are particularly aggressive, the new study says it’s not that bad considering their body size. Compared to their peers of the same size, they are therefore less aggressive. Long-haired collies, mini poodles and mini schnauzers lead the ranking of the most aggressive species. Labradors and Golden Retrievers deserve their reputation as good four-legged friends. Additionally, Staffordshire Bull Terriers – a dog feared by many – score significantly lower on the aggression scale than average.

Owners also influence the cuddles of their beloved pet. The first dog someone has is often more aggressive than their four-legged friends later on, which could indicate that more experienced owners can train their dogs better. Additionally, dogs that live alone are 23% more aggressive than those that live with other dogs. Here, however, another phenomenon can occur: Owners who know their dog sometimes displays vicious behavior may not want to bring a playmate into the house to avoid fights.

There is one catch that can affect the results of the study. The owners were allowed to state themselves whether their four-legged friend was showing aggressive behavior towards people and whether this was in fact the case has not been verified. There is a risk that some dog owners will downplay their pet’s unwanted behavior. Owners of a dog with a bad reputation, in particular, may not dare to confirm stereotypes.