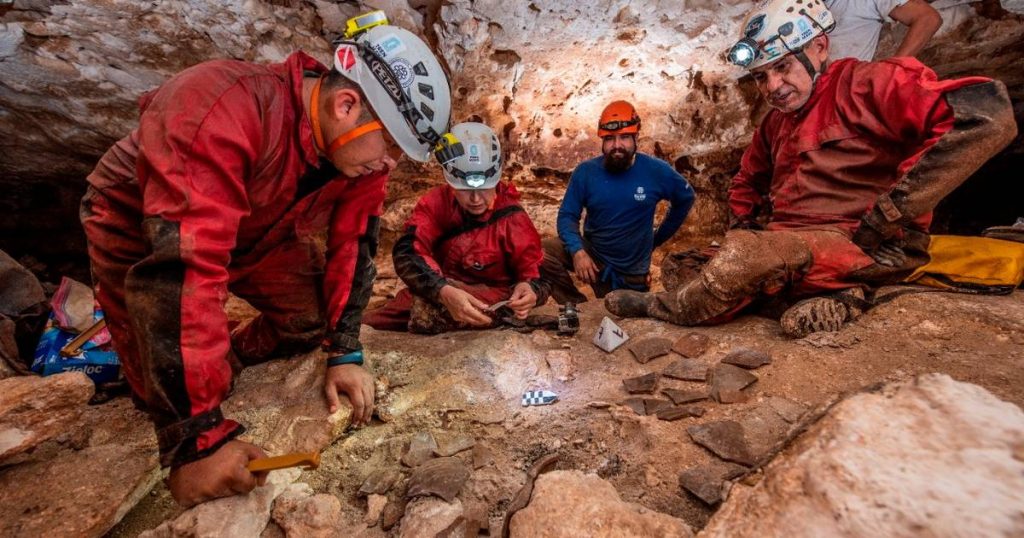 Mexican archaeologists have discovered a nearly intact Mayan wooden canoe on the Yucatán Peninsula that experts say may be over a thousand years old. The rare find was made during preliminary research for the construction of a railway line in the area, where many Mayan structures still stand.

The canoe was found in an underground waterhole, a so-called cenote, not far from the important and popular Mayan city of Chichén Itzá. The boat was underwater and is approximately 1.6 meters long. According to the Mexican National Institute of Anthropology and History (INAH), the canoe could have been used to carry water or to place offerings in the water.

For now, experts estimate that the craft dates from the period 830 to 950 AD. By this time, the heyday of the Mayan civilization was drawing to a close, as dozens of cities in today’s southern Mexico and Central America flourished and the Mayan culture achieved great achievements in mathematics, in writing and art.

The “Mayan train” supposed to circulate in the area is a prestigious project of President Andrés Manuel López Obrador. According to the president, the train is good for tourism in the region and can also help reduce poverty in southern Mexico. Critics, however, argue that the project threatens to damage wildlife in the area.