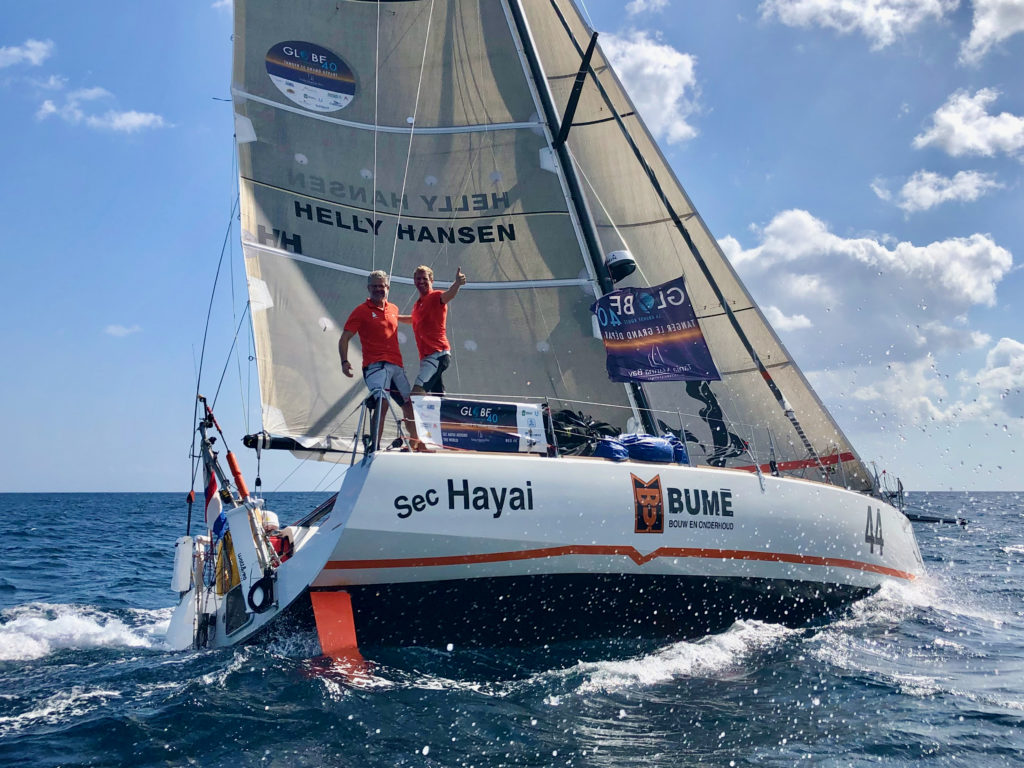 At 7,667 miles, the second leg of the Globe is 40 race around the world also the longest stage. The Dutch Frans Budel and Ysbrand Endt covered this distance with their Dry Hayai in thirty-six days, fifteen hours and eight minutes. They arrived in Mauritius just over a day later than the ship’s first amhas. A day later, number three also arrived on the island east of Madagascar.

On July 17, six Class 40s set off from the island of Mindelo in Cape Verde. Through the doldrums, the equator, Saint Helena and the Cape of Good Hope, the Globe 40 ships sailed the Indian Ocean to Mauritius. A ship withdraws: the IBN Battouta Tribute 2022. During the first leg from Tangier to Cape Verde, a ship had already run aground.

Walk in a mangrove forest

We spoke to Ysbrand during his stay in Mauritius, from where the race continues to Auckland on September 11. The fatigue of racing for 36 days at sea is slowly starting to fade, so Ysbrand can slowly focus on preparing for the next stage, core and cardio workouts and a few days of full rest. What are he and Frans going to do during these few days? “We are going to spend a few days in an ecolodge in a mangrove forest. Still physical work, but something completely different. It’s okay not to be responsible for anything for a while.

The Globe 40: a mix of amateurs and professionals

The Globe 40 is described on the organization’s website as “a lifelong dream”. What makes this race so special for Ysbrand is that it is one of the toughest sailing competitions in the world. “You sail in a competitive field with the same boats, so it really depends on the knowledge and skills of the teams. This makes it very special for such a long run.

In addition, the organization specifies that this race is suitable for both “professional and amateur sailors”. Fanatical amateur sailors should say it better. And it is noticeable. “Don’t get me wrong, these are people who have a lot of sailing experience anyway. Only you notice that the professionals simply have more knowledge about their ship. During such a race, we see that the amateurs actually have the most problems,” Ysbrand analyzes. He himself attributes this to a lack of knowledge of the ships’ weaknesses. “Profs often have more prep time and just know their ship better. I always try to stay ahead of the damage on board by replacing things before anything is visibly worn or broken. Quite simply because I know the boat’s weaknesses. But it is completely understandable that an amateur knows less about it. For 3 years we have dedicated ourselves solely to preparing for this race. Not all amateurs have this luxury.

This does not change the fact that there are also on board Dry Hayai sometimes something breaks. ‘The most annoying thing so far was the complete Blackout of our electronics. A burnt wire in one of the clocks caused a short circuit, causing the entire system to fail. And then you have nothing. No speedometer, no compass, no navigation. Fortunately, we have our backup system, but it works a little less smoothly. Such things, of course, always happen at night when one of us is sleeping. In the end, it took us three days to find the problem and fix it.

In addition to the dual electronics version, the crew of Dry Hayai their complete equipment in terms of clothing double on board. You might not expect that on board a racing boat where every gram counts, but Ysbrand himself thinks it only makes sense. “The right clothes provide so much more comfort and that ultimately leads to better performance. And out of that 5 to 10 kilos it makes a difference per person on board, we’re not going to win or lose the race. That’s elsewhere a piece of advice that Ysbrand wants to give to everyone: “Don’t skimp on clothes and especially not on their weight. The more you stay comfortable, the better your body continues to function.”

Besides knowledge of boats, Ysbrand also mentions sailing clothing as one of the main differences between pros and amateurs. “It’s easy to say at one point, of course, because we sponsored clothes, but the difference between a rubber cuff on your sleeve or a sleeve that you have to close with Velcro is important.” Rubber keeps water out of your sleeves much better. And if you have, for example, a cotton or synthetic underlay underneath, it quickly becomes very uncomfortable. I would always opt for a merino base layer, even in hot weather.

From the stage in Auckland, Ysbrand is widely expecting a copy of Stage 2. In around 25-30 days he and Frans expect to finish in New Zealand. The fact that this stage takes the crews to the Indian Ocean does not necessarily make a difference in terms of navigation for this seasoned team. “Weather systems are different here, but you can recognize patterns quite quickly, just like in the Netherlands. In general, lows move from west to east here, so you can take advantage of them. Moreover, if all goes well, we can hitchhike on the the roaring quarantinesaid Ysbrand.

Ysbrand says of their expected final position: “It’s funny, the last two times we actually thought we should be able to finish in the top 3. This time I almost feel like saying, a top 2 should to be possible again. But of course we are going for the win. We will probably also take a little more risk.

Through the map tracker ships can be tracked. On September 11, the ships will depart for Auckland, New Zealand, where they are expected around October 6.

About the Author / Sailing editors 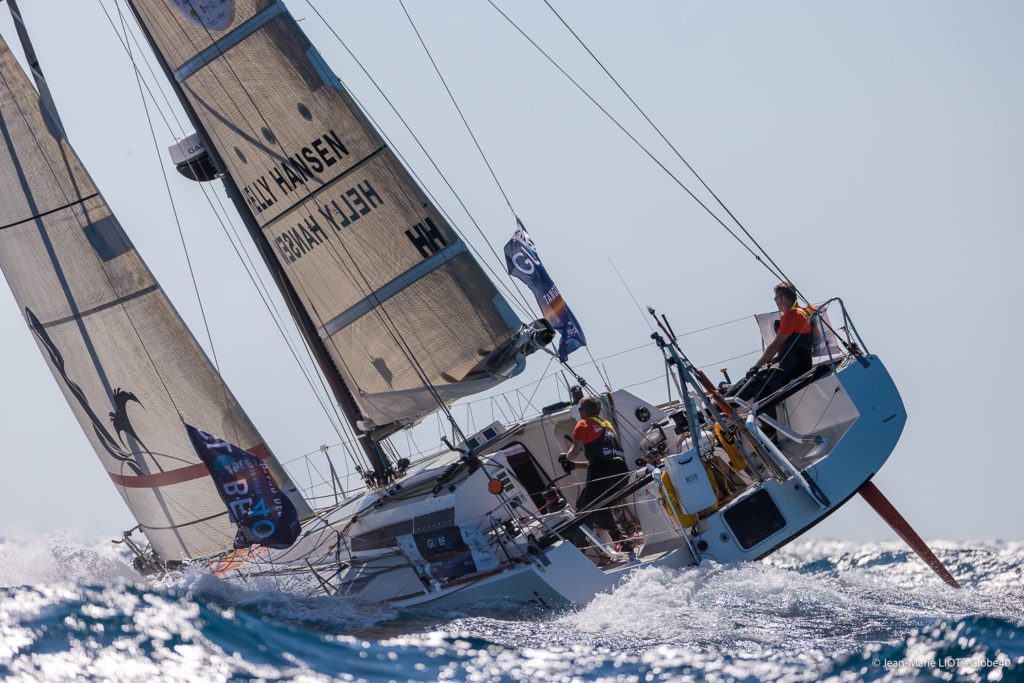 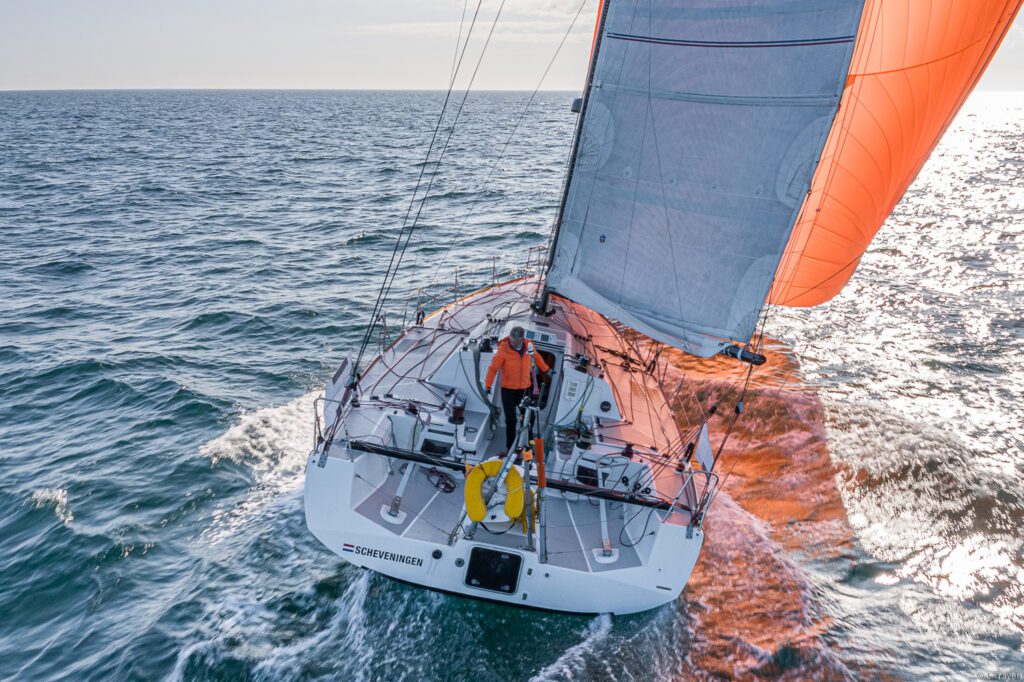 Ysbrand Endt, former mini-sailor and skipper of the VO65 / VO70 ships, aims his arrows at multiple targets. For example, there is the Vendée Globe in 2024, but he also has plans for the Class40 class. He sails with the 44-foot Sec Hayai (2007)…