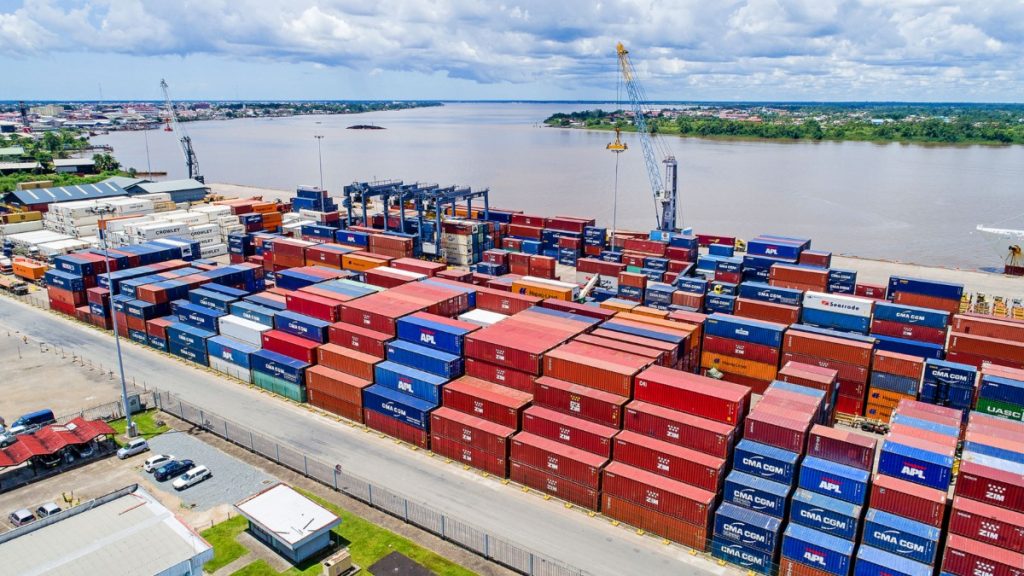 Today, police again arrested a customs officer (a woman) in connection with illegal timber containers that were intercepted at the Jules Sedney port in Suriname. Thursdays were already three customs officers arrested and taken into custody.

It is learned that the fourth customs officer, accompanied by her lawyer Maureen Nibte, registered with the anti-corruption unit of the police, after which she was immediately arrested. Contact between suspects and their lawyers is prohibited. A total of ten people have now been arrested and detained after consultation with the Suriname prosecutor’s office.

It concerns four customs officers, one customs officer, a deputy customs officer, a representative of a company and three employees of the Foundation for Forest Management and Surveillance (CFF). Six people were arrested on Wednesday. Dozens of containers containing timber allegedly exported illegally were intercepted at the port.

This was done by CFF in collaboration with the “Flying Squad” created by President Chandrikapersad Santokhi last month. Illegal timber was found in the containers and it is a large-scale illegal exports of this product.