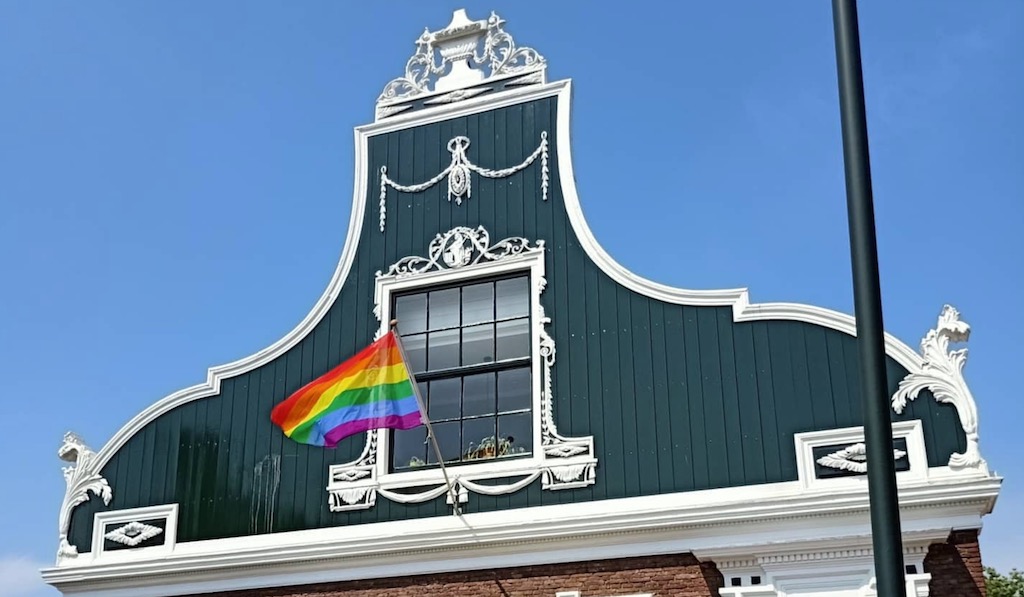 Still thinking of Rainbow Week, one thing came to my mind: when did I first realize that homosexuality existed? It was then that I was about sixteen and started working in the Lust fabric store on the Gedempte Gracht on Saturday afternoon with my sister Marianne.

Our chef G.’s first impression was “a bit strange”, as our mother used to say. But she also used this characterization for the new neighbor down the street or other people who didn’t fit in her alley. Still, she was open-minded, as her judgment was usually completed with an apology. After all, Our Lord had strange tenants?

Our fabric store manager was also open-minded, letting everyone know, in word and deed, that he was truly different and proud of it. During my school years, there must have been some rainbow pupils and teachers among the school population as well, but I don’t remember a single word said about it.

However, my granddaughters, aged 4 and 6, speak candidly about children with two fathers or two mothers. And that Flipje turned out not to be a man, but a woman, they also thought that was quite normal. Their world is much bigger than mine at kindergarten age. Because I didn’t go further than Wijk en Zee and Schoorl and then also behind the bike. Josefien and Madelief are interested in everything that is unknown to them: my memories of distant journeys have come out of the window one by one at the end of each visit and the history that goes with it must repeat itself over and over and never get boring.

The best thing in Grandma and Grandpa’s library is a photo book. It features children from all over the world with their parents: from Bolivia to Mongolia and from New Zealand to Kenya. They are photographed with their own style of dressing, eating, playing and partying with the corresponding cosmetics. My granddaughters can flip through it for an hour and marvel at the tattoos, homemade toys and food on every page. Sometimes it makes them shiver, but everything is judged with respect.

These children from distant lands are indeed a bit strange, but it will pass when you get to know them better. I hope that the generation of Josefien and Madelief will make a short work of the prejudices of my past. Then the world will be much more beautiful and there will be gold behind every rainbow.

Photo: Rainbow flag at the Old Catholic Church in Krommenie.