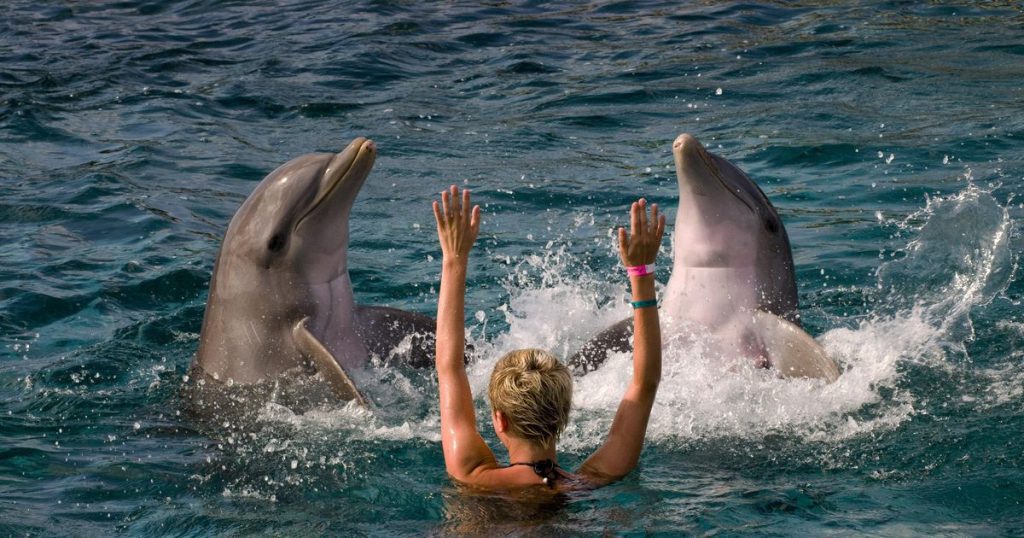 Animal organization Animal Rights filed a lawsuit on the island to stop the movement, including a twenty-hour flight. That case was filed Thursday. “We hope the judge will understand that the transfer is very harmful to these very intelligent animals,” spokeswoman Anna Krijger said.

From the paradise lagoons of Seaquarium near Willemstad, with open-sea excursions, dolphins Machu, Serena, Sami, Mosa and Luna are set to move to a concrete pool in Jeddah, Saudi Arabia. The young animals would have already separated from the other dolphins and are preparing for their long journey.

The former dolphin keepers, who themselves worked at Seaquarium’s Dolphin Academy, are very concerned about the future of their beloved animals. “Of course you build a bond with these dolphins over the years,” says Zenzi Willems. “Because they live in good conditions in Curaçao, I left them with peace of mind. But I hadn’t considered a chlorine bath in the desert.

Apart from the stressful long journey, during which the dolphins have to be kept moist, Willems is also not convinced about the good living conditions of the dolphins in Saudi Arabia. “Dolphins don’t smell. Dusts and sandstorms can cause fungi to enter their lungs, which can kill them. Several dolphins are said to have died in the Jeddah enclosure in recent years.

Seaquarium has permission from the Government of Curaçao for export. In local media, a spokesperson would not confirm the planned move. But the tourism company says there are too many dolphins right now. “A solution” would be sought for this.

Prior to this publication, it was not possible to contact Seaquarium.

Animal Rights does not consider the export to be responsible for the welfare of the animals which have made the happiness of so many tourists, including many Dutch people.

Krijger: “The natural habitat of dolphins in Curaçao is 40,000 cubic meters of water. In Saudi Arabia, it will be a concrete tank of less than 3000 cubic meters. We cannot do that to these animals.