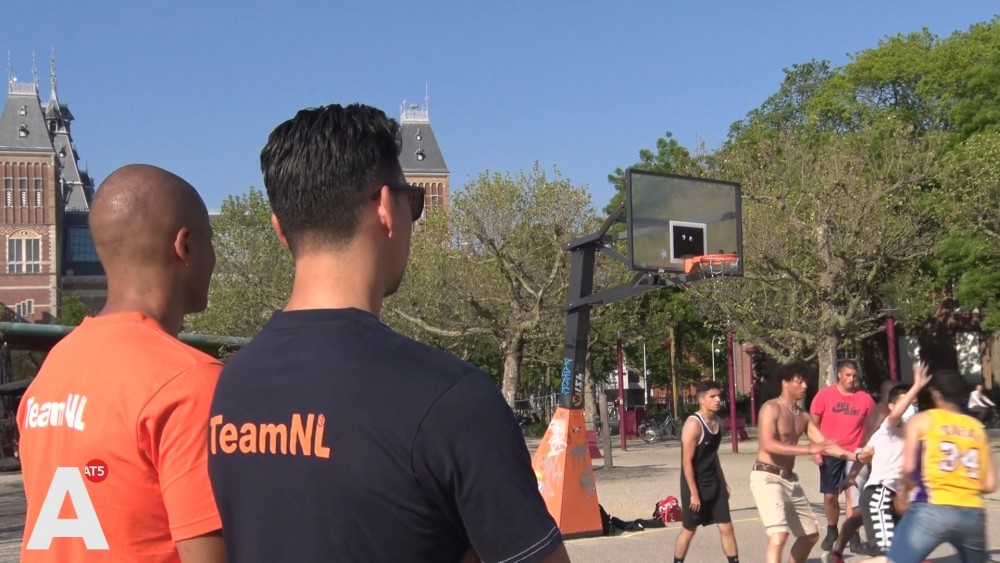 An Olympic first in Tokyo this summer. For the first time, 3×3 basketball is part of the Games program. Better yet: the Dutch men managed to place themselves last week in a squad entirely made up of Amsterdam.

In Austria, Arvin Slagter, Dimeo van der Horst, Jessey Voorn and Julian Jaring did it. The first two matches of the qualifying tournament, against Latvia and Canada, were lost, but after that it started to go smoothly. After beating Austria and Croatia, the semi-final against the United States and the final against the French followed. And these too have been won. “I have to be honest, I never dared dream of it,” Dimeo honestly admits.

“I have to be honest, I never dared to dream about it”

And that’s partly because this spectacular sport has never been admired at the Games until now. Compared to “classic” basketball, there are a few other differences besides the number of players.

For example, in 3×3 basketball, both teams shoot at the same basket. Teams play for ten minutes, unless a team has scored 21 points. With each possession, the ball must first be outside the circle before you can score and for each attack you have 12 seconds. If you score from outside the circle it’s worth two points, inside the circle which gives you one point.

So the first objective, qualifying for Tokyo is a fact. But the ambitions of basketball players go further. “This gold medal is 100 percent achievable,” says Jessey. Dimeo adds: “We are not going for anything else. We are now so far away, so we have to earn it too.”

The Olympics begin on July 23.

💬 Don’t want to miss anything from Amsterdam?