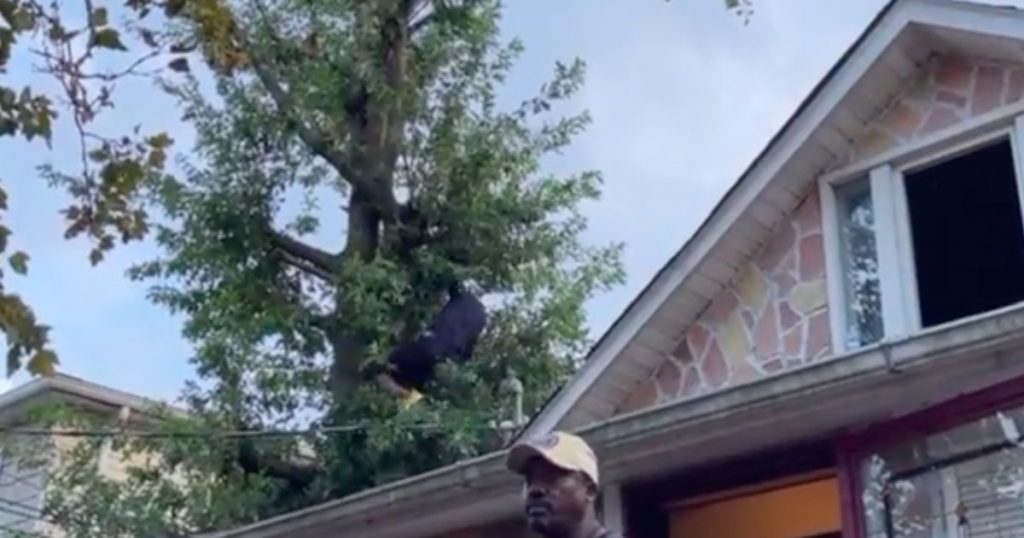 Once officers got to the house, the man escaped by climbing the tree. He had filed a complaint against the NYPD in 2013 and feared they would attack him. Thomas sat down on a branch about 10 meters high.

The police tried everything to get him out: a drone, loud music and even negotiators came to the scene. But nothing seemed to help. During this time, more and more people came to stand near the tree; even a priest had come to the place.

As Thomas sat in the tree, he cried out that he didn’t want to go to jail because he was afraid of being mistreated there. Eventually, Erica Ford, a volunteer with the mental health group Life Camp, managed to convince him to come out of the tree. She asked if the police could leave the area so that they could speak directly to Thomas. The man got off as a result of the conversation with her. It was then 5 p.m. on Friday.

Ford then took the man to the hospital for a medical evaluation. When he came out of the tree, he was not stopped. It is not yet clear whether man is responsible for his time in the tree.

Thomas defecated, like peeing, from the tree. He survived on the food he received from the officers on Thursday. At one point, he even ate leaves.