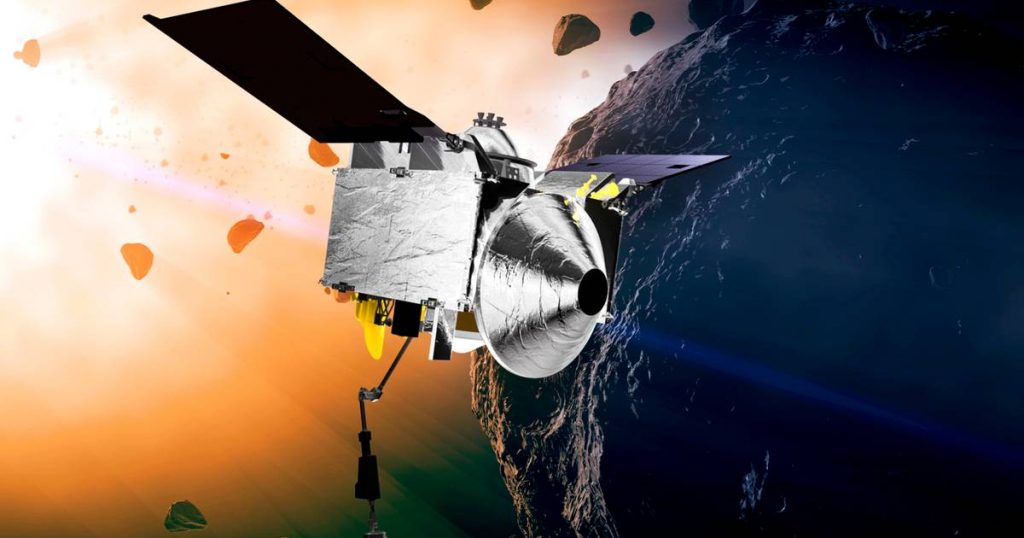 US asteroid explorer OSIRIS-REx is on its way home, the US space agency NASA has announced. The probe left the orbit of its target, the asteroid Bennu on Monday. Landing on Earth is scheduled for September 2023. This will be done via parachutes in the state of Utah.

In a complex maneuver that took several hours, NASA landed the probe launched from Cape Canaveral in September 2016 on Bennu almost two years after his arrival to collect material there. The spacecraft is now en route to our planet with these samples, marking the first time Americans have brought samples from an asteroid to Earth. Japan has preceded them in this area.

NASA researchers aren’t sure how many grams of material the 6-meter-long, 2.1-ton OSIRIS-REx has on board. They assume that the minimum required weight, 60 grams, has been reached.

Bennu is considered to be an asteroid that can approach Earth in about 150 years. Although the risk of impact is low, NASA wants to take a close look at the celestial body. In addition, scientists hope to learn more about the origin of our solar system 4.5 billion years ago, thanks to the mission of around 1 billion dollars (820 million euros).