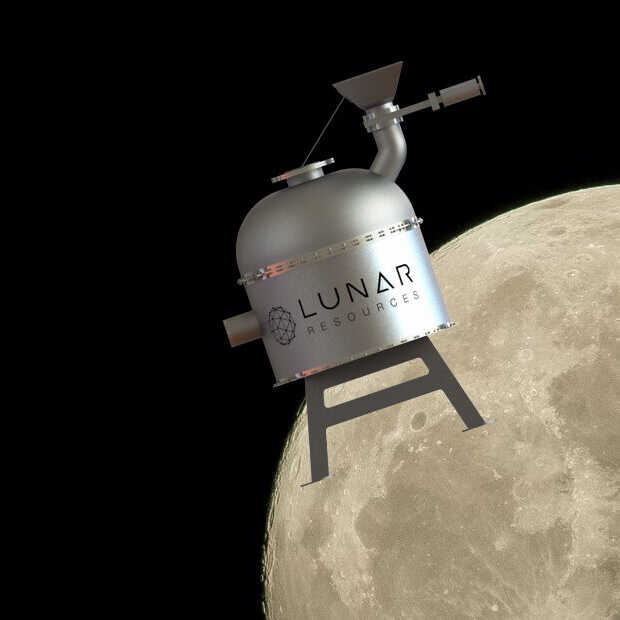 A gigantic space race is underway. Not only America against Russia or China, but also private companies are vying for space success. It is earthly, this is Mars, and who knows what else the James Webb Telescope will find that could be disputed again. The United States has a new trump card in this space rally: the option to melt moon rock.

In an interview with Ars-Technica says Elliot Carol, CEO of Lunar Resources: “Things like this are exactly what America needs to remain the leader in space.” Lunar Resources is the company that developed a device to melt lunar rock. The plan behind this is to mine precious metals from the moon. Or, in Carol’s words, “There are all kinds of precious metals on the moon, waiting to be appropriated.”

What we are doing now is seeing what the moon can bring us. Indeed, NASA wants to launch several lunar missions (called Artemis missions), where it would be useful to be able to use certain resources of the moon. For example, we examine whether the craters that are in the shadow can be used for sources to power the missiles. However, Lunar Resources believe there is also a lot to be gained from regolith. Regolith is the gray, loose rock found on the moon.

He has developed a device that can extract all kinds of resources from this regolith, such as aluminum, magnesium, silicon and iron. This lets you create new things while you’re on the moon. NASA believes in it. This gave the company $3 million to develop their invention.

The intention is for the rock to be heated to around 1,600 degrees, after which it melts. This molten mass is then electrolyzed to produce oxygen and metals. There would be 40% oxygen in the lunar soil, 20% silicone and 10% aluminum. The 1 meter wide device must be able to process 100 kilograms of regolith in 24 hours.

The USA permanently on the moon

But then, what exactly are you supposed to do with that on the moon? NASA hopes to use it to make solar cells, transmission cables, energy storage and other capabilities so humans can spend time on the moon. And Lunar Resources hopes to be able to do that for as long as possible, says Carol: “Resource extraction is necessary for the United States to create a permanent presence on the moon.” In short: this moon, which must be “occupied” by the United States, because imagine that another innovative country is sooner…

The device is currently undergoing extensive testing, but it’s hard to do really well. One can hardly imitate the dusty place that is the moon here. Moreover, there is also a very different atmosphere on the moon. The Lunar Resources device is set to go to the Moon in 2024. Literally and figuratively, we’ll find out by then.

When she’s not tapping, she’s floating somewhere in the wonderful world of entertainment or on a plane to somewhere cool in the real world. mario…