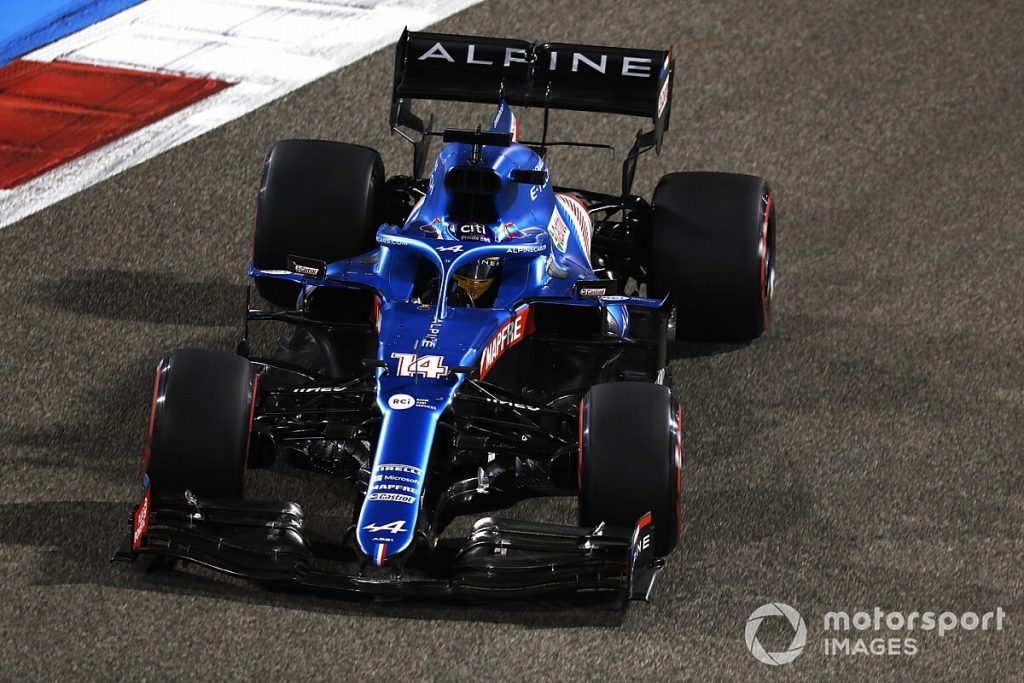 The Bahraini Grand Prix was Alonso’s first appearance in F1 since the season ended in Abu Dhabi in 2018. At the time he was still driving for McLaren, but this year he was entering a third period with Renault, which this year under the name Alpine groceries. Anyone who thought Alonso would look rusty at the start of the Bahrain International Tour after a two-year absence has been disappointed. In qualifying, the Spaniard surprised with a nice place in the top ten, after which he took part in the race for a points finish. Eventually, Alonso noted a failure after a sandwich bag found its way into one of the A521’s brake ducts.

even if Alonso appeared in Bahrain, he himself believes that there are still a considerable number of points to improve. “It was good. I had some good fights. Some had a happy ending, some not because we were just overwhelmed. But I have to get more speed from myself, find more confidence and shoot. the best use of the car and the brakes “, he analyzed.” I also have to perform better at the start. It was not bad, but there is a lot to do on my side. At the pit stops, the guys did a great job but my position in the second stop was not good. These are small things and mistakes that I kept making in the test and the first race but hopefully I can do better myself in races two and three.

Because teammate Esteban Ocon Outside of points, the 2021 opening race can be seen as disappointing for Alpine. Whether this is a realistic reflection of where the team is, Alonso doesn’t know after a race. “It’s hard to say. I think we’ve seen different results and everyone has mixed feelings, including ourselves. Sometimes we look better, sometimes we seem to be a little late. we need a few races to get a clearer picture so let’s wait and see. Our job is to work harder to identify and work on our potential weaknesses while preserving our strengths. It will be an interesting season for everyone. “

Want to know everything about Fernando Alonso’s return to Formula 1 offline? So order here the book ‘Formula 1 2021 – Season of the Rematch’, written by the editors of Motorsport.com. Lewis Hamilton’s successes, Mick Schumacher’s Formula 1 debut and the first Dutch Grand Prix since 1985 are also widely discussed.