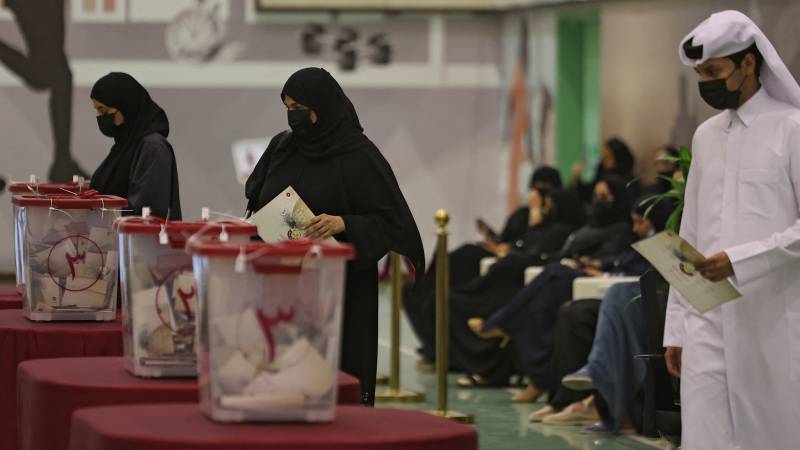 For the first time, eligible residents of Qatar were able to vote in national elections today. The participation rate was 44%. The result is not yet known.

The Gulf State did not yet have an elected parliament, so the elections were a first. Qataris were previously only allowed to vote in municipal elections.

At the same time, it is only a limited step towards democracy. Qataris are only allowed to determine parliament for two-thirds (30 of 45 seats). The remaining fifteen seats are designated by the Head of State, Emir Tamim bin Hamad Al-Thani.

The electoral law had already been amended in 2003 to allow elections, but they have been postponed from year to year. Previously, the emir elected all members of parliament, known as Shura. Many Arab countries have a Shura, which means consultation. Previously, Qatar’s Shura mainly advised on politics, but are now given a bit more power.

MPs can propose bills, approve the budget or dismiss ministers. They have no say in defense, finance and security. Political parties remain banned in the Gulf State.

When the electoral law was introduced, it was criticized a lot. The law states that only residents aged eighteen and over can vote and whose ancestors lived in Qatar before 1930.

In practice, this means that only a small part of the population is actually allowed to vote, since the vast majority of the 2.8 million inhabitants do not have Qatari nationality. These are mainly expatriates and foreign workers. The number of Qatari citizens is estimated between 300,000 and 400,000.