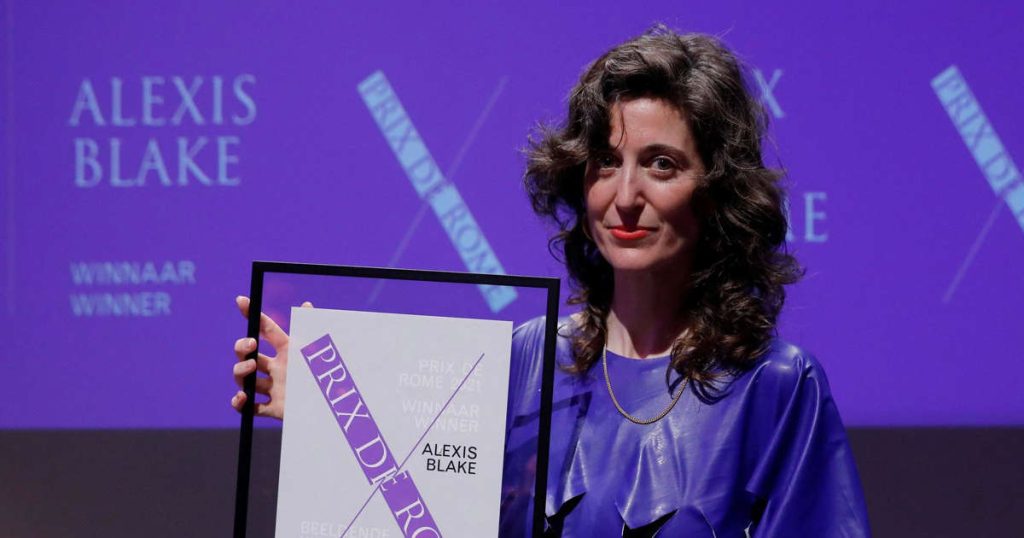 
This year’s Prix de Rome Visual Arts is for Alexis Blake. She received the prize and an associated amount of 40,000 euros on Tuesday afternoon in Amsterdam from the outgoing Minister of Culture Ingrid van Engelshoven. It is one of the most prestigious Dutch art prizes.

Blake was born in 1981 in the United States. She combines visual art and performance, applying choreography, sound, video, sculpture and printing. The artist living in Amsterdam won with his performance Shake to shake [ ] totter to ashes.

Three more were shortlisted for the prestigious Prix de Rome art prize, the oldest prize in the Netherlands for visual artists under the age of forty. They were Mercedes Azpilicueta, Silvia Martes and Coralie Vogelaar.

The four elected officials received a budget to create a new work for a period of five months. On this basis, the jury chose the eventual winner. The entire work is on view from November 13 to March 20 at the Stedelijk Museum in Amsterdam. Alexis Blake’s performance will be performed there a few more times.

“Lamentations as an expression of mourning”

“For the Prix de Rome, Blake plunged into lamentations as an expression of mourning. A topical subject, because people have lost a lot because of the pandemic”, according to the Mondriaan Fund organizer. “The jury was impressed with the detailed, captivating and memorable performance.”

Blake not only produced the performance, but also set up a room in the museum that should invite reflection. The four nominees are currently reflecting, according to the Mondriaan Fund.

“The jury appreciates the empathy shown by the finalists; sensitivity to the social, political and technological issues involved. ”